Ireland Weather: Wet weekend ahead as Met Eireann forecasts rain and showers for Ireland across the weekend 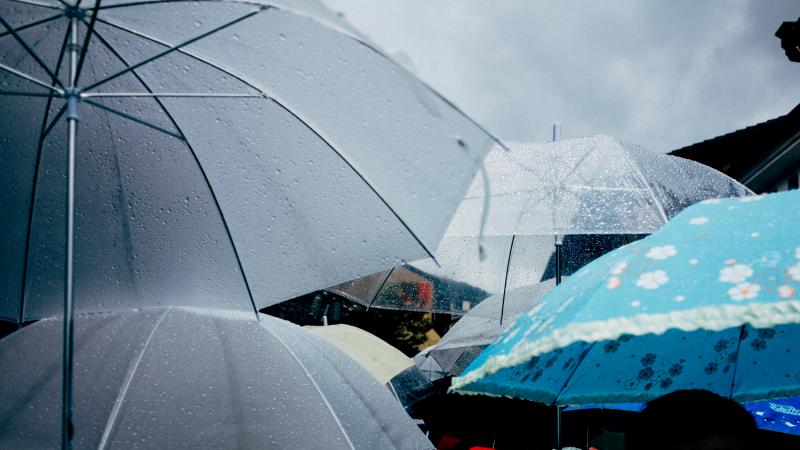 Ireland is in for a wet weekend according to the latest weather forecast from Met Eireann.

According to the latest weather forecast for Ireland from Met Eireann, the weather will be unsettled with rain and showers with temperatures generally in the high teens to low twenties.

A band of rain will spread across Connacht and Ulster on Saturday morning, turning heavy at times. A drier start elsewhere with scattered showers and a few sunny spells. The rain will spread southeastwards through the day, turning light and patchy as it goes. Drier and sunnier weather will follow behind. Highest temperatures of 16 to 22 degrees, warmest in the southeast, in moderate to fresh westerly winds, easing later.

Saturday night will be dry for many with clear spells leading to some mist and fog patches in very light breezes. However, a few showers will continue near to the north coast and it will be cloudier in southern counties with some outbreaks of rain. Lowest temperatures will range 8 to 13 degrees.

Sunday morning will be mainly dry with sunny spells in central and northern areas, but with outbreaks of rain likely in southern parts. During the afternoon and evening, cloud will generally increase across the rest of the country with a little patchy rain or drizzle developing. Highest temperatures of 16 to 20 degrees.

A mild and humid night will follow on Sunday night, with outbreaks of rain, heavy in places. Temperatures generally not falling below 11 to 15 degrees.

After a rather dull start with some rain around it will brighten up with some sunny intervals and scattered showers. Highest temperatures of 18 to 22 degrees, warmest over the eastern half of the country, in mostly moderate west to southwest winds.

According to Met Eireann, Tuesday will be bright with sunny spells and well-scattered showers with some rain likely on Tuesday evening and night.