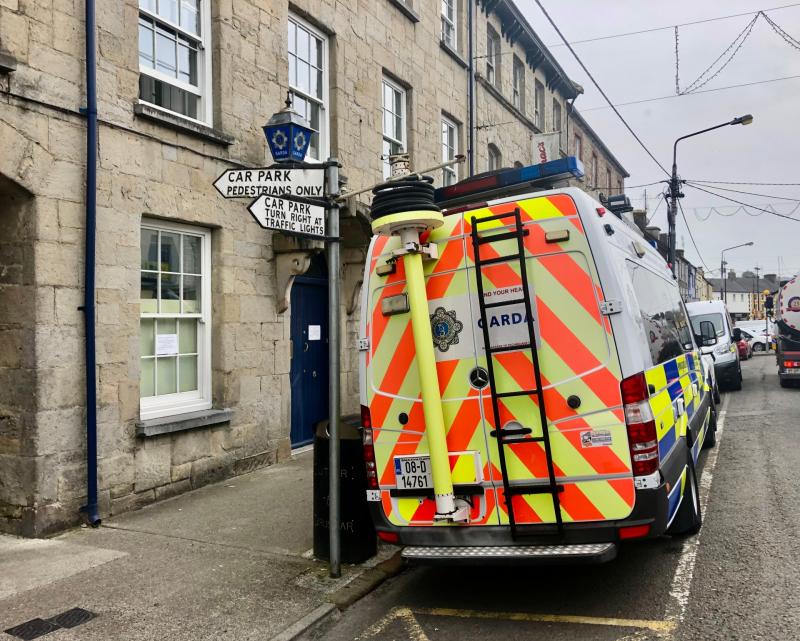 Roscrea Garda Station recently reopened to the public after extensive renovation work - but the town needs a full-time high ranking member of the force stationed there.

That's the opinion of Chairman of the Tipperary Joint Policing Committee (JPC), Noel Coonan, who said the people of Roscrea feel the town is neglected in terms of Garda personnel.

Cllr. Coonan (FG) told a meeting of the Policing Committee that a high-ranking member such as a Superintendent “should be based permanently in a town the size of Roscrea”.

The issue was debated after Chief Superintendent Derek Smart outlined upcoming changes to the Tipperary Garda Division, which will be amalgamated with Clare.

Chief Superintendent Derek Smart said the amalgamation of the Districts will include most of the county and be divided into four regions.

The Lough Derg district includes, but is not limited to, Nenagh, Borrisokane and Roscrea, but will include Scarriff and Killaloe.

The Tipperary Central division  will include Thurles and Cashel, as well as parts of South Tipperary such as Fethard and Mullinahone. The Tipperary South division will cover Clonmel, Tipperary Town and the rest of the county.

This prompted Cllr. Coonan to say “people from Roscrea would say its a very long way to Clare and would be concerned about this”.

The Chairman said it would allay those concerns if plans for a permanent high ranking member to be stationed in Roscrea were put in place - asking “why can't a Superintendent be positioned there instead of having them all in Nenagh and Thurles?”

“There will be no dilution of services in Roscrea as a result of Garda Division changes”, Chief Supt. Smart said.

Other members of the JPC also expressed concern about the  large area  putting even more pressure on Garda resources in Tipperary.

Sinn Féin TD Martin Browne asked what effect this would have on the JPC and Councillor Ger Darcy was concerned that the Lough Derg area would be “unwieldy” and pose problems due to its size.

Chief Supt. Smart assured the committee that resources on the ground would not be affected: “It won’t impact the front line, I can assure you of that”.