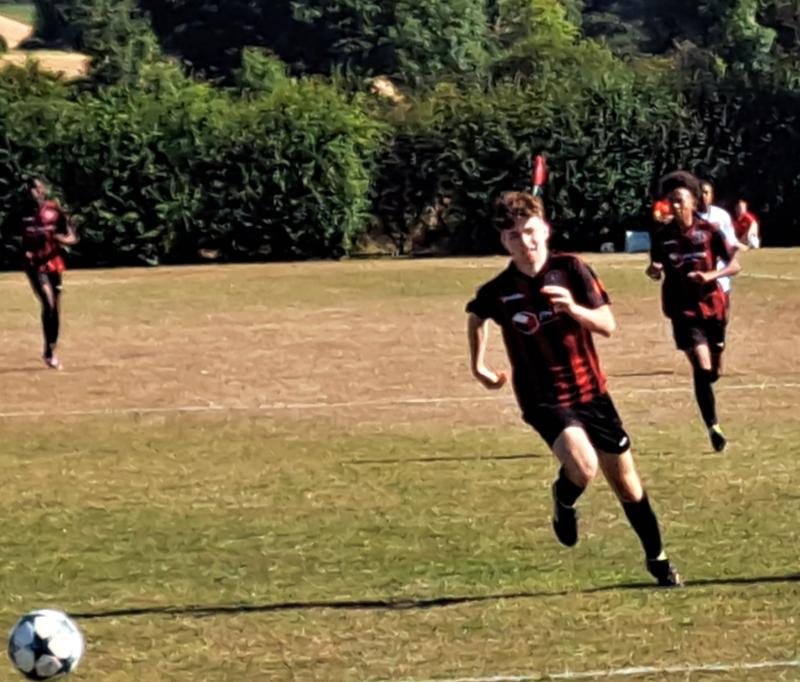 Tullamore teenager Mark Holton in action this week in England

A PROMISING Offaly soccer starlet was being praised around the football world after finishing as top scorer in a prestigious tournament in England.

The three-day summer championships attracted teams from some of the top academies from around the globe, including Premier League clubs Manchester United and Leicester City, NCE New York, Go Pro Dubai and ISFA, the official independent schools soccer body affiliated with the FA in England. 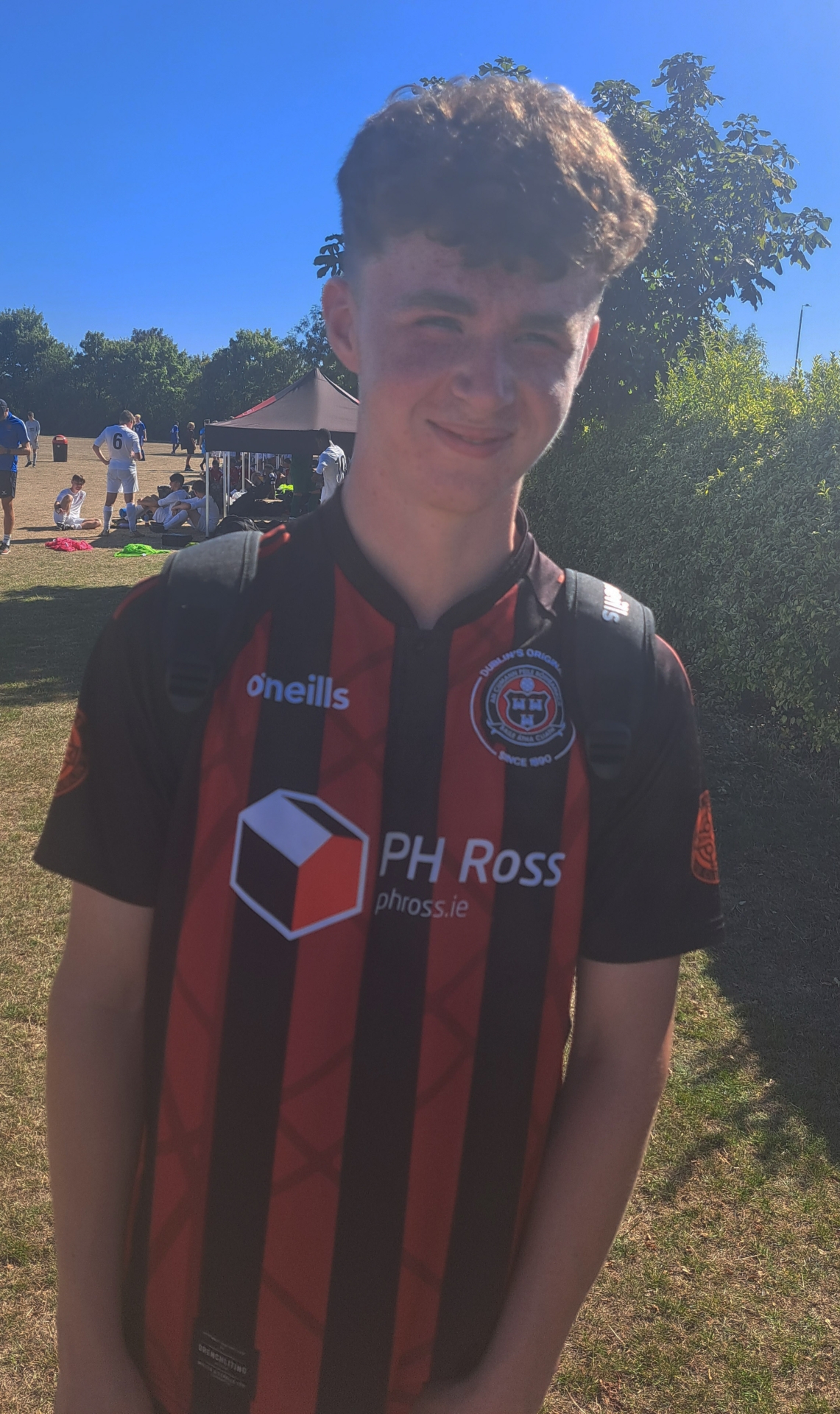 Young Holton (pictured above) certainly had his shooting boots on after arriving at the east Midlands venue and his personal highlight was a hat-trick and an assist in a 4-0 victory over Leicester on the second day.

He also netted the decisive goal in a 2-1 win over New York and scored twice in a 3-0 triumph against Go Pro Dubai.

The Offaly youngster's strikes guided SKB Bohemians through the group and into the semi-finals where they were unfortunate to lose 4-3 in a penalty shoot-out to the eventual winners Galway United.

Galway goalkeeper MacDara Scanlon saved two of the SKB spot-kicks and his side ultimately clinched the tournament title with another 4-3 shoot-out win, this time against Manchester United.

Despite that unlucky exit in the last four, SKB Bohemians finished in third place and the players were roundly praised for their technical excellence by all present and were excellent ambassadors for Irish football.

Mark is not the only member of the Holton household to be making his mark with SKB.

Earlier this year his younger brother Daniel was on the St Kevin's Boys team which reached the SFAI Under 12 Cup final.

St Kevin's is one of the country's top soccer nurseries and among the Ireland stars who made their start there are Liam Brady, Damian Duff, Ian Harte, Stephen Carr, Robbie Brady and Jeff Hendrick.