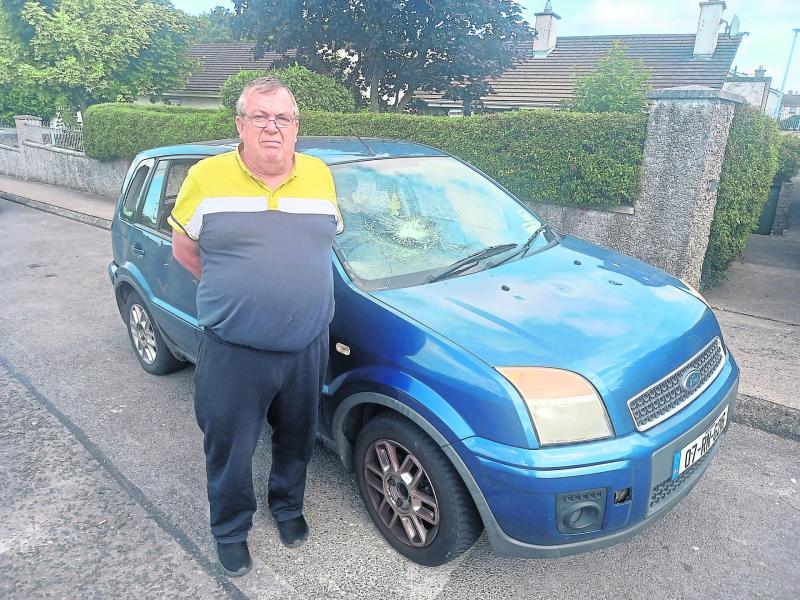 A pensioner in the Midlands has told of how he has been left marooned and living in fear in his own home after vandals used a golf club to smash every window in his car during an unprovoked attack.

Sixty-six-year-old Christy Gorman said he is still coming to terms with an incident which took place just yards from his front door in Longford Town during the early hours of last Wednesday morning.

The episode is one which has left the Lismacaffrey native both shaken and without any form of alternative transport in which to attend his local GP and collect his weekly state pension. 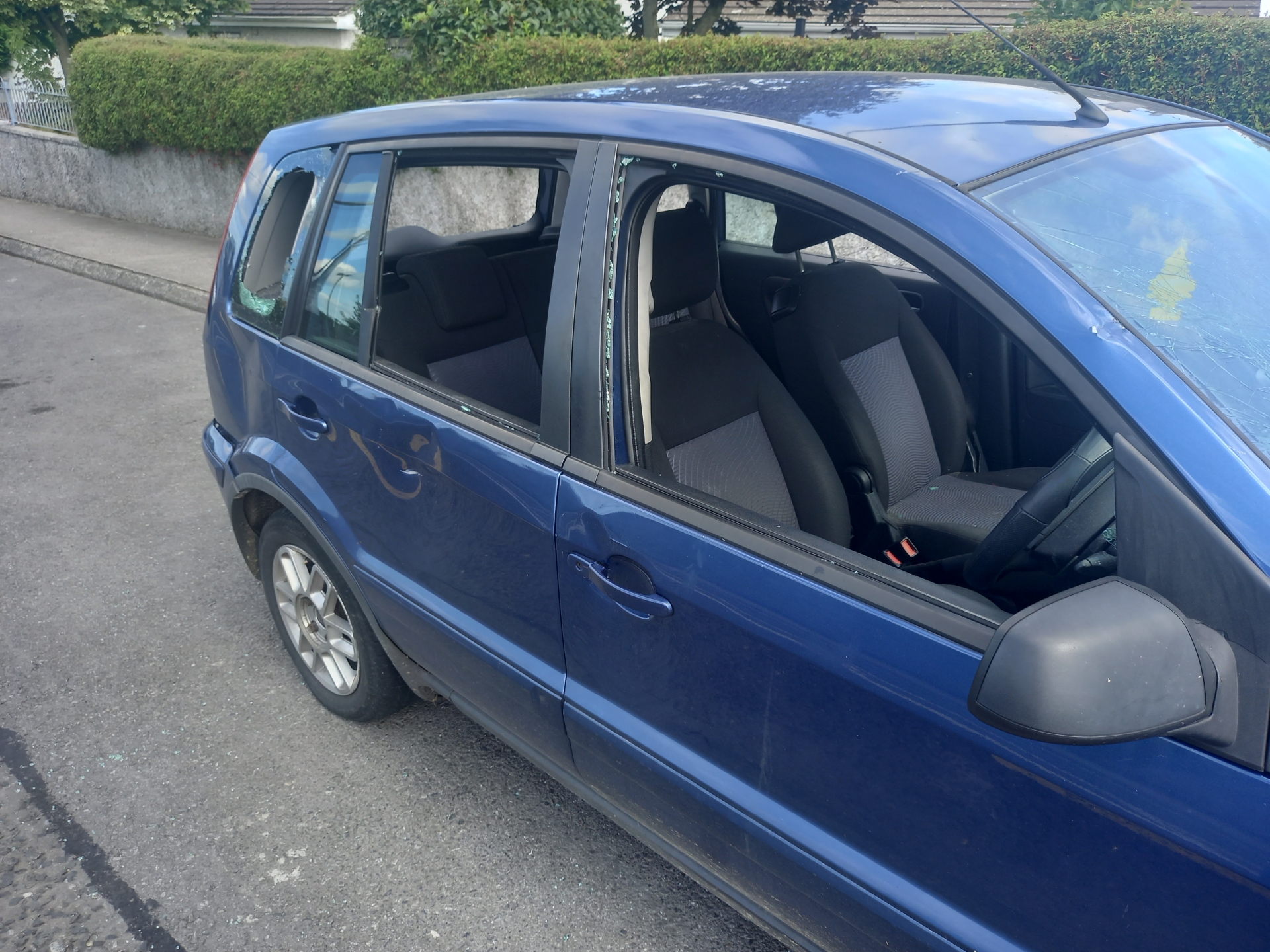 “I have two new knees and a hip in and this is my only way of getting around,” he said, adding the total cost of the damage is likely to be beyond his own financial means to repair should his own insurance fail to cover those costs.

“I’m just disgusted and that’s it. I am that bad they (insurance) offered me a car for a week and I don’t know if I will take it as I’m afraid of it happening again,” he added. 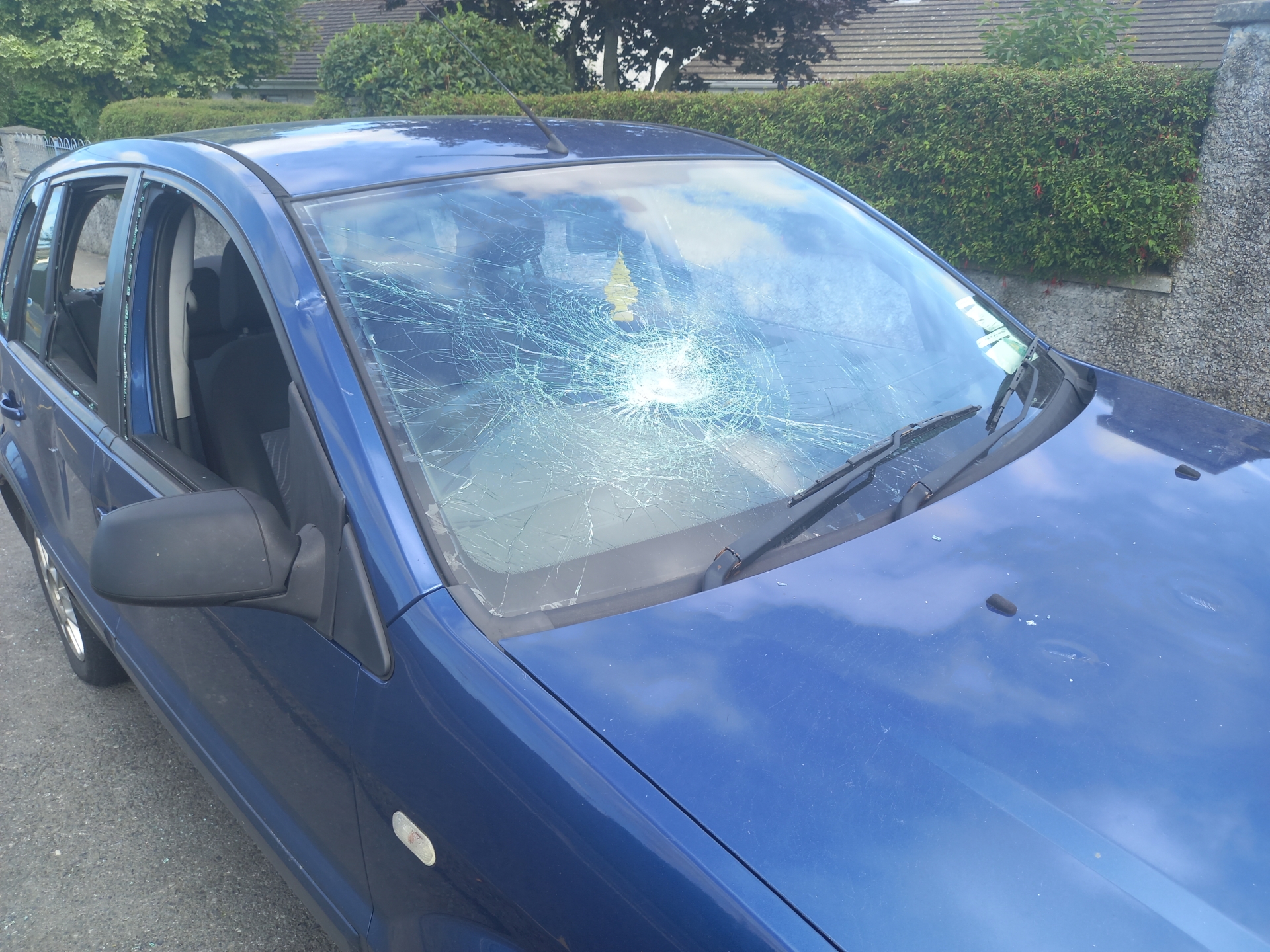 Christy said he remained at a loss as to why he may have been targeted, but said it wasn’t the first time he had fallen foul of criminal elements.

“I was robbed four or five years ago,” he recalled.

“They (burglars) came in and stole a TV and laptops that belonged to my daughter and myself.

“But I don’t get mixed up in anything, I don’t even drink or smoke anymore as I gave it up when I retired.”

The incident, which occurred beside a clutch of sheltered housing units for elderly people in the Farnagh area of Longford town, comes after two cars were targeted in a suspected arson attack in the Breadon’s Lane area of town just eight days earlier.

It’s not clear at this stage if both incidents are linked with a garda spokesperson confirming investigations were underway to establish the identity of those involved.

“Gardaí attended the scene of an incident of criminal damage that occurred to a vehicle in the Farnagh area of Longford, Co Longford at approximately 12:15am on Wednesday, the 3rd of August 2022,” said a spokesperson.

“No arrests have been made and investigations are ongoing.”

Christy said the fallout from the incident is one which has left him apprehensive both in venturing outside his own front door.

“Oh God there is (a sense of fear),” he said, adding there were many more of his own elderly neighbours who shared those sentiments.

“I wouldn’t go out on that road and answer the door or anything. I wouldn’t go up the town even at night, I’d be that afraid. I just mind my own business.

“There is women in there (sheltered accommodation) and it’s not right. “They are all afraid and none of us want that. We don’t do any harm to anyone.

“It’s sad for the town and it’s not a great advertisement for anybody that might be looking to come and live in it.”