A very promising, emerging young Offaly golfer has had another big win.

A member of Tullamore Golf Club, Monaghan finished on -2 for the two rounds in Carrick-on-Shannon Golf Club.

A first round of 66 had him as joint leader with Mark Cadden of Roganstown Golf Club. As Cadden fell off the pace with a second round of 76, Monaghan continued to play very steady and consistent golf.

A second round of 72 was enough to keep him ahead of the chasing pack as he won by one shot on 138 from the joint runners-up Sean Reddy, Douglas Golf Club and Finlay Eager, Royal Belfast. Reddy had a super 65 in the second round but he had shot 74 in the first round and Monaghan was able to hold him off.

15 years of age and a student at Killina Presentation Secondary School, Monaghan has made huge progress in recent years, representing his country and beginning to challenge for big amateur events.

This year, he won the U-17 section at the Leinster U-18 Boys Amateur Open in Malahide, finishing tied sixth overall. He was joint second in the Munster U-16 boys open championship in Clonmel on June 22 and he finished tied 27th at the Connacht U-18 boys open in Galway Golf Club.

He won the Leinster U-16 close championship in 2021 and won an U-14 inter-provincial medal with Leinster.

Meanwhile, a Banagher native has won the 2022 Leinster Senior Men's Open this week. Joe Lyons, a Galway golfer (in his first year on the Senior tour) won his second event of the year, with a six-shot win over 36-holes.

Lyons had the best round of the week, by five shots after a brilliant opening round of 64 in Millicent. A 73 in the second round was more than enough to win the title and finish on -9.

Declan O'Neill (The Links Portmarnock) and Carton House's Colin Cunningham finished in a tie for second on -3.

Castletroy's Eamon Haugh finished in fourth on -2, with Banbridge's Jim Carvill completing the top-five on -1. 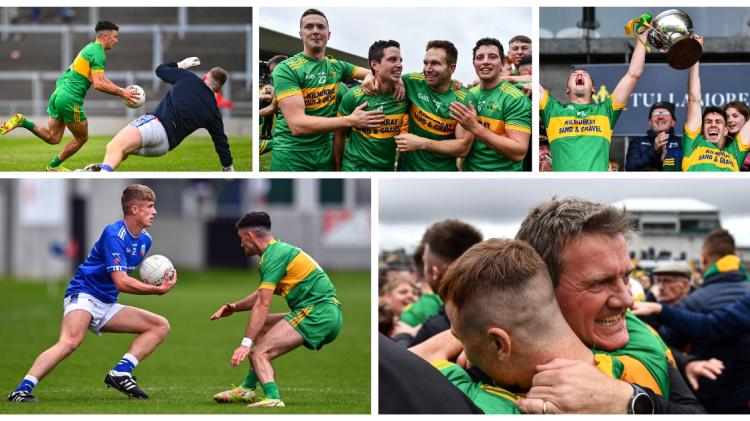