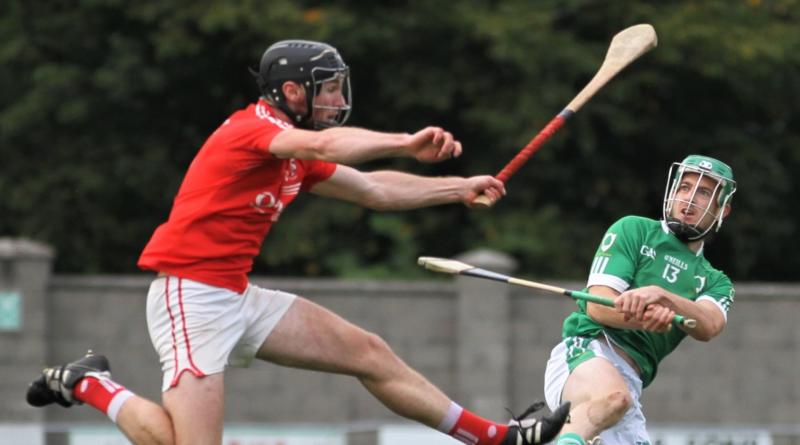 Coolderry and Shinrone have a huge SHC game this weekend.

THE stakes are getting very big in the Molloy Environmental Systems Senior Hurling Championship with the fourth round of games down this weekend.

With one round to go, Kilcormac-Killoughey and Ballinamere have definitely qualified for the knockout stages while Birr and Coolderry have no margin for error left.

Coolderry are the big casualties so far and are in the unhappy position of relying on other results to get through. They must beat Shinrone this weekend and Seir Kieran in their last game while they will then need Belmont to beat Shinrone in the last game. It could happen but Coolderry are in trouble after losing to Belmont and Ballinamere in their opening two games.

St Rynagh's will be through if they beat Kinnitty this weekend while Birr will almost certainly make it if they beat Clodiagh Gaels and Kinnitty in their last two games.

The knockout picture will become a lot clearer after this weekend. If Coolderry don't beat Shinrone they are gone and Ballinamere, Belmont and Shinrone will be through in group 2.

This is a tricky game for Birr and they can't take anything for granted. They had their two toughest games first against St Rynagh's and Kilcormac-Killoughey and won't be surprised to be in this position but they still have a major point to prove. They are helped by the fact that Clodiagh Gaels can't make the quarter-finals but the Killeigh based club would still love to pull one over them. It might be tighter than people expect.

St Rynagh's have been motoring nicely with two wins out of two. Kinnitty's big game was their win over Clodiagh Gaels in the first round and that should keep them out of the relegation play off. They will be putting their best foot forward agains St Rynagh's but will be aware that their really big game is the last one against Birr. That could be a winner take all one with the victors in the quarter-finals. You would imagine that they would have a better chance against Birr than St Rynagh's and they are in bonus territory here.

The stakes are very big for Ballinamere in their tussle with Belmont. They have already secured their quarter-final place and a win here will put them on the verge of a semi-final. That would be a huge achievement for them and it is the safest route for them too as they would find it hard to win a quarter-final. There will be very little between two teams who have beaten Coolderry and are going well. It's a real 50-50 game.

The gun is to Coolderry's head and this is must win game for them. Their response will be interesting and defeats by Ballinamere and Belmont have knocked the stuffing out of them. Coolderry have the players to provide the right answers but they have a lot of soul searching to do. They have a few players with a lot of miles up and they may have to consider not starting one of Kevin Brady or Brian Carroll, keeping one in reserve. Brady may be the man for that and it is a call for the Coolderry management to make. This is also a huge game for Shinrone. A draw will put them through while they would need to get something off Belmont in their final game if they lose. It is real knockout hurling, the most appealing fixture of the weekend by a mile and it is also very close to a 50-50 game. You would imagine that Coolderry can pull it out but this is far from guaranteed.