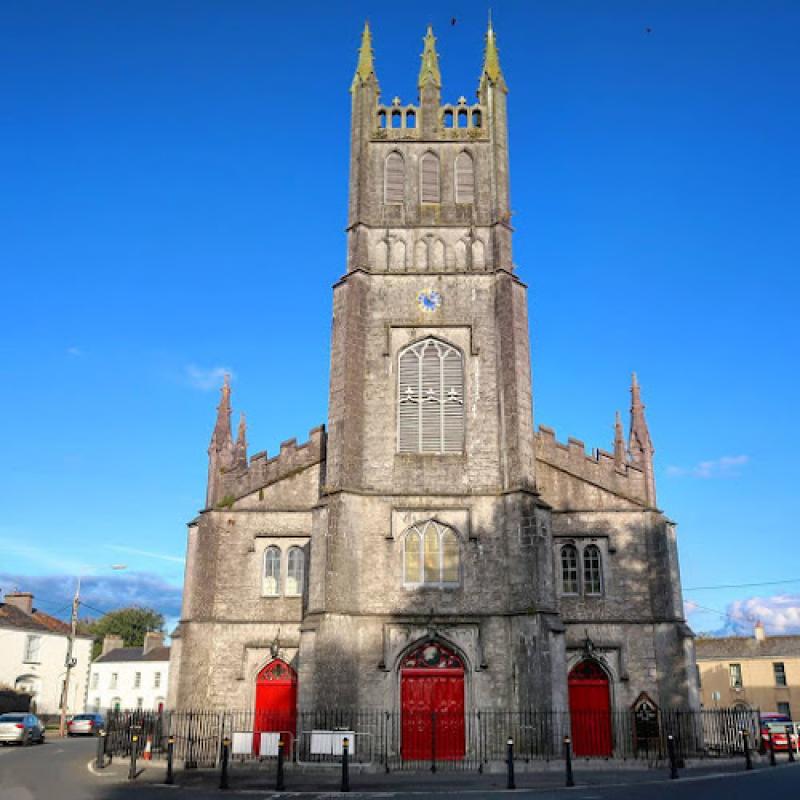 THIS year, St Brendan’s Church of Ireland will join in the Vintage Week and Arts Festival to host three interesting lunchtime events supported by the Trench Trust. Admission will be free but there will be an opportunity to make a donation to help Ukrainian refugees.

In past years the church has hosted flower festivals and occasional concerts but this year there will be some interesting variations.

On Saturday 30th July from 1.05pm to 2.00pm, Derek Fanning will join with the well-known actress, Claire Mullen (Claire appeared in Joseph Strict’s film of Ulysses (1967)) to share some performances of Joyce’s great masterpiece (Claire) and of his favourite songs from Moore’s Melodies (Derek) because James Joyce had a great reputation as a fine tenor. So this is an opportunity to spend a pleasant lunchtime with James Joyce and Friends in St Brendan’s on the Mall.

Claire Mullen has enjoyed a long a distinguished career as an actress, embracing leading roles in film, TV and theatre, notably the Gate Theatre with the Edwards/Mac Liammore company, and with Lord and Lady Longford. She was cast by Hugh Leonard in his World Premiers, Summer and Irishmen, for The Dublin International Theatre Festival. Claire toured the US with her one woman show on three occasions. Joyce has been a favourite from childhood.

Derek Fanning needs no introduction to Birr audiences. He sings with the prestigious Tullamore Academy Choir and was tenor soloist in performances of the cantatas Fingerprint of God and Holy Spirit, Breath of God, performed in St Brendan’s Church Birr in 2014 and 2016.

On Thursday August 4th, from 1.05pm to 2.00pm, Professor Gerard Gillen, one of Ireland’s foremost organists, will give an “easy listening” recital on the church organ of some favourite classics from across the centuries:

On Friday August 5th, from 12.05pm to 1.00pm, Charles Marshall and Bogdan Sofei will give a recital for organ and violin. Please note the earlier start time of this concert. This is a rare chance to hear the organ and violin together, each played by a true maestro of their instruments:

Fugue in G minor BWV 578 – Bach (1685-1750)
Thomas Charles Marshall, now a resident of Westmeath, was raised in Portlaoise. He studied organ with Shane Brennan as a Schola Cantorum student of St Finian’s College, Mullingar, with Peter Hurford as organ scholar of Emmanual College, Cambridge, with Sanae Yamada in Japan and with David Adams in his Masters of Music Performance Studies at the Royal Irish Academy of Music. While in Japan for a period of eight years, he mastered the Japanese traditional lute or Satsumabiwa.

Bogdan Sofei was born in Bucharest in 1975. He is co-founder and leader of the Con Tempo String Quartet, the ensemble-in-residence in Galway since January 2003, and RTE Resident Quartet since May 2014. He has won several international and national competitions in Italy and Romania in addition to several international prizes as first violinist of the Con Tempo Quartet. He has toured extensively, performing at many major international festivals in Europe, Canada and the USA.

All three concerts provide a wonderful opportunity to relax in this beautiful church of St Brendan of Birr in the company of excellent artists interpreting some of the greatest masters of European music and literature.