WEATHER FORECAST: Big change coming in the weather for Ireland as heat wave set to end 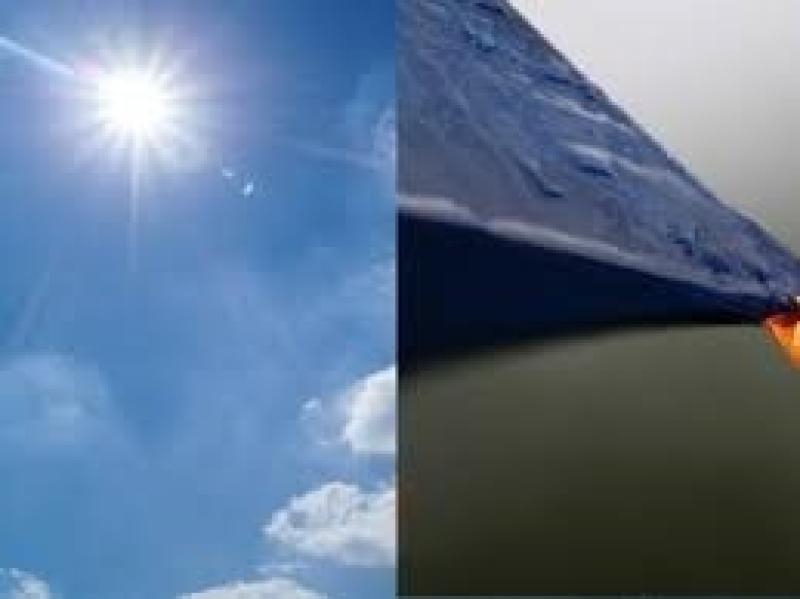 WEATHER FORECAST: Big change coming in the weather for Ireland as heat wave set to end

There is a big change coming in the weather for Ireland as Met Eireann is forecasting that the heat wave that has been bathing the country in sunshine and hot temperatures since late last week is set to end.

While there is a Status Yellow High Temperature Warning in place for Leinster for today with daytime temperatures set to hit highs of 28 degrees, Met Eireann is forecasting that the rest of the country is set to see highs of just 22 degrees with outbreaks of showery rain spreading from the Atlantic through the day.

After today, temperatures will remain around normal for the rest of the week and there will be a fair amount of dry weather apart from a few showers or patchy light rain. However, according to Met Eireann, it will turn wetter this weekend.

Today will continue warm over the eastern half of the country with highest temperatures of 22 to 27 or 28 degrees. However, it will be cooler and fresher elsewhere with highs of 16 to 22 degrees. A largely dry start with bright or sunny spells but cloud will build from the west this morning, with outbreaks of showery rain spreading from the Atlantic through the day. There is the chance of an isolated thundery burst. Light winds will increase moderate to fresh northwesterly with the rain.

Showery rain will continue in the east and south for a time tonight. However, it will be drier elsewhere with clear spells and just isolated light showers. Cooler than previous nights with lowest temperatures of 11 to 14 degrees in a light to moderate northwest breeze.

According to the latest Met Eireann weather forecast for Ireland, there will be a good deal of dry weather on Wednesday with scattered light showers in the morning becoming mostly confined to west and northwest coasts through the afternoon. A generally cloudy start to the day but sunny spells will break through as the day goes on. Temperatures will be around normal with highs of 15 degrees in the northwest to 21 degrees in the southeast in moderate northwest winds.

Generally dry with clear spells on Wednesday night, though isolated light showers will occur near northern and northwestern coasts. Lowest temperatures of 10 to 13 degrees with a few mist patches developing in a light breeze.

A bright start to the day with sunny spells and just a few light showers. However, it will become cloudier by afternoon with patchy light rain and drizzle developing along western and southwestern coasts. Highest temperatures of 16 to 20 degrees in a light variable breeze.

A generally cloudy night with patchy light rain and drizzle spreading from the Atlantic. Lowest temperatures of 11 to 14 degrees with some mist and fog forming in a light variable breeze.

Cloudy to start the day with some lingering rain and drizzle in the east and north. Brightening up for a time in the morning and early afternoon with just a few light showers but it will turn cloudier again later with outbreaks of rain and drizzle pushing into western areas towards evening. Highest temperatures of 17 to 21 degrees in a light to moderate southwesterly breeze.

Rain and drizzle will spread northeastwards across the country overnight, with the chance of an occasional heavy burst. A mild night with lowest temperatures of 14 to 16 degrees in light to moderate southwest winds.

A dull and wet day with outbreaks of rain and drizzle feeding in from the Atlantic. The rain will be heaviest and most persistent in the west and north, with some dry spells further east and south. A warm and humid day with highest temperatures of 18 to 23 degrees, warmest in the east. Winds will increase moderate to fresh southerly.

Remaining largely unsettled on Sunday with outbreaks of rain. However, current indications suggest it will turn a little more settled early next week with just scattered showers. Temperatures around normal with highs in the high teens or low twenties.