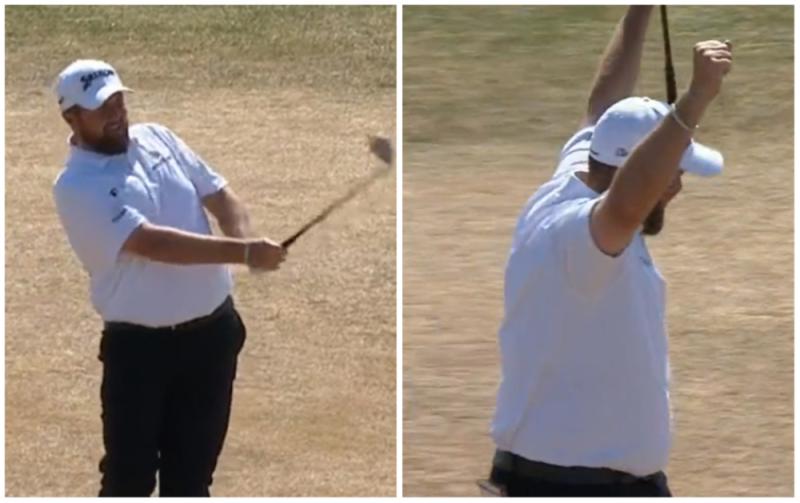 2019 Open champion Shane Lowry is on a Saturday roll at the Open Championship.

2019 Open champion Shane Lowry was on a Saturday roll midway through his third round at the Open Championship.

Lowry produced his typical short game magic on holes 9 and 10 to card two eagles in a row.

Unfortunately he had three bogies on the back nine before birdieing the last to sit on seven under for the tournament.

He is a tie for 13th, nine shots behind joint leaders Rory McIlroy and Victor Hovland. McIrloy and Hovland both shot excellent six under par rounds on Saturday.

Cameron Young and Cameron Smith are four shots off the lead in a tie for third on 12 under.