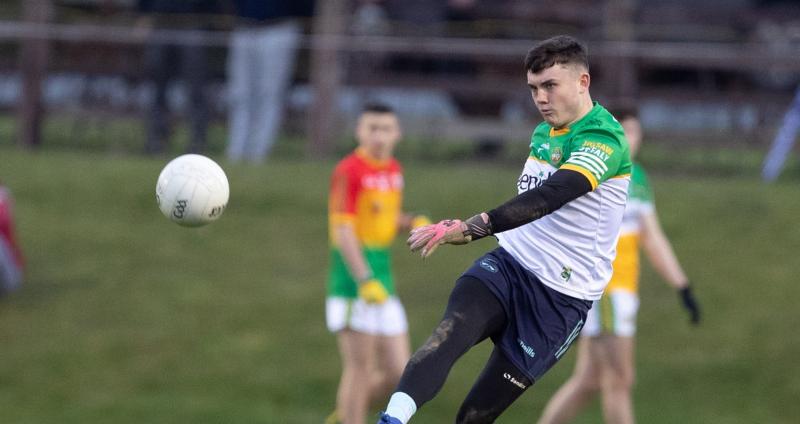 IT is too early to make definite judgements about Offaly's form but hopes are mounting about their prospects as they gear up for the Leinster U-20 Football Championship semi-final against Kildare in Tullamore on Thursday evening.

Offaly stunned supporters last year when they captured Leinster and All-Ireland U-20 football championships and they have hit the ground running in their title defences.

They started slugglishly with a first round win over Louth. The 3-7 to 0-13 final score-line shows how tough this was for Offaly and they could very easily have fell at the first hurdle. They got on top in the second half, however, and powered home late on for a crucial win.

Last year, Offaly stuttered over Wexford and Westmeath and their season ignited from the Leinster final on as they beat Dublin, Cork and Roscommon to capture the All-Ireland title. The quality and attacking style of their football won them admirers far beyond county boundaries last year and this year's team are also playing with pace and flair.

Offaly stepped it up a notch in a big win over Carlow last Thursday. The 4-13 to 0-6 final scoreline perhaps tells as much about Carlow as Offaly but it was still a very impressive, convincing display by the home side.

Carlow may have been miles off the pace but the performance and win will have done a lot for Offaly's confidence. While the departure of Jack Bryant from U-20 ranks leaves them short of a magical forward, Offaly have a hardcore of outstanding players from last year's team still available.

Lee Pearson, John Furlong, Morgan Tynan and Keith O'Neill are now the team's main men, the star players and the leaders. They are the men Offaly will need to dig them out of holes and they have been in excellent form in this campaign.

The loss of Cormac Egan is a savage blow to Offaly's chances. Egan has to get an operation on a hamstring in London and his absence significantly reduces the team's chances. The flying forward is a truly exciting player and would do damage but apart from that, every opposition would have him earmarked for double teaming, leaving someone else free to do damage.

There is nothing Offaly can do about that, however, and even without Egan, they are still a formidable side. Pearson and Furlong are in super form in the defence. Pearson continues to contribute so much with his pace and direct running while Furlong his moving onto a different level – his first half performance against Carlow just took the breath away.

Tynan is also playing very well at midfield. His shooting was off against Carlow and he perhaps needs to concentrate a bit more but his overall play and the quality of the ball he kicked into the forwards was of a very high order. Keith O'Neill is coming into his own in the attack and his blistering pace will trouble any defence.

The form of that quartet augurs well for Offaly's prospects but they have a lot more going for them. Some of the newcomers to the team have impressed, particularly Adam Strong at midfield and Marcas Dalton and Darragh Flynn in the attack – Harry Plunkett was much better at the fulcrum of the attack against Carlow while Cormac Delaney was also excellent.

Offaly still have plenty of room to improve as a unit. Some players have individual improvement to make and there are question marks about them. You certainly couldn't say they will win a championship at this stage but at the same time, it is possible to get excited about their prospects. They have a lot going for them and last year has shown what can happen.

Kildare is a huge obstacle for Offaly. Indeed, Kildare are probably slight favourites and they will make or break Offaly's season. It is real win or bust time for Offaly and this is very close to a 50/50 game. It can go either way but the confidence that Offaly have from last year is an invaluable asset. It is a help to have this in O'Connor Park and Offaly have a very good chance of returning to the Leinster final.