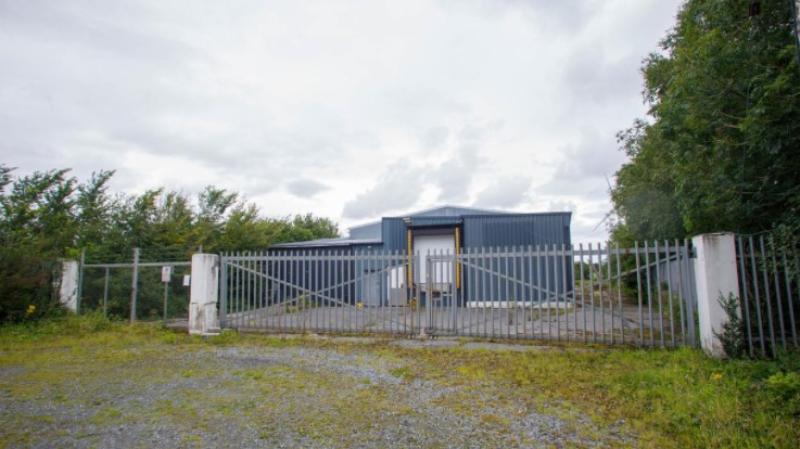 THE long awaited planning decision on the proposed beef plant for Banagher might be made in April, according to An Bord Pleanala.

The delay in announcing a ruling on the €40m meat processing facility has been repeatedly condemned by Offaly Fianna Fail TD Barry Cowen.

Banagher Chilling Limited received the green light from planners at Offaly County Council in August, 2020 but local residents lodged an appeal with the An Bord Pleanala.

Deputy Cowen was so concerned about the lengthy waiting period for the Banagher decision – and others – that he introduced a Bill to the Dail seeking to establish a new fast-track process.

This would be done by amending the Planning and Development Act 2000 and would compel An Bord Pleanala to determine all appeals and referrals within 12 weeks.

Deputy Cowen said: “The Bills seeks to respond to the need for An Bord Pleanala to be statutorily bound by a defined time period for them to make a decision on planning files, rather than the present situation whereby there are no controls or obligations in place for decisions to be made in a timely fashion.”

“Many delays in proposed developments are putting such proposals in jeopardy because of the prolonged and ridiculous lengths of time for such important decisions to be made.

“My Bill is aimed to freeing up the logjam which is delaying such key commercial developments. We can no longer preside over an arm of the State footdragging and causing such delay to potential investment which is badly needed, especially in rural areas like my own constituency.

“It is also inconceivable that residential developments are also being curtailed, delayed, and even lost, owing to there being no statutory time periods for An Bord Pleanala decisions. This should not be tolerated.

“It is time for an overhaul of judicial review processes which are also far too cumbersome and slow, further delaying and harming our potential to respond adequately to the housing crisis.”

In a joint submission to Offaly County Council, two Banagher residents said the abattoir is untimely and unsustainable because it will carry a “significant carbon footprint” at a time when a climate emergency has been declared.

“The size of Ireland's beef industry is already facing pressure as a key part of the country's climate impact, due to its unsustainable carbon emissions. This proposed facility would require an expansion of the herd for its operation, which is unlikely given the urgency of the climate crisis, the ongoing slump in the price of beef, and the related pressure this would place on feed stocks and subsidies,” they say.

They said the surrounding area is already well served by abattoirs in Kilbeggan, Roscrea, Ballinasloe and Nenagh and because the company claims cattle will be sourced from the same area, the operational viability of those could be affected, unless the herd has increased.

They say that in 2016 the former abattoir at the same location was processing 100-head of cattle each week and the new one will process 140 each day, a 700% increase.

“Neither is there such a high demand for beef in the catchment area, and the intended export of the beef produced at this proposed facility to China would only increase the carbon emissions involved through sea or air freight. In these circumstances, there would appear to be no justification for approval of this planning application.”

The submission also referred to the profile of population living around the 55-acre site for the proposed factory and says a nursing home is located nearby.

“The role of nursing homes in end-of-life care also increases the importance of tranquility and a clean environment in the locality for residents, staff and visiting family members, something which would be at risk were this development to proceed.”

They also referred to bog woodland in the vicinity of the site and say there would be risks to wildlife, and expressed doubt about the adequacy of the local water supply to meet a demand from the factory of 250,000 litres a day.

They said local residents “remain unhappy” as a result of issues arising from the turbines at the Meenwaun Wind Farm, saying it is less than 2km away.

“The overriding concern of local residents is... the potential for it to cause huge carbon dioxide emissions at a time of... climate crisis.”