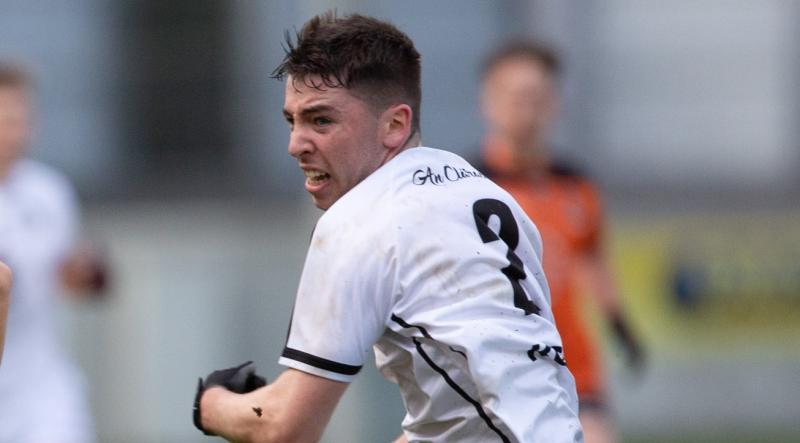 WINNING a Leinster Club Intermediate Football Championship would never have been on Clara's orbit or list of priorities but now that they are there, they have really attacked it and find themselves one game away from a historic provincial title.

Traditionally one of Offaly's most powerful football clubs, Clara have generally been on the short list of Dowling Cup contenders each year but a gradual slippage over a few years saw them bow out of the top flight.

Relegation to the Senior “B” Football Championship in 2020 was a devastating blow for this proud club but they took their fate very well. They took it on the chin, accepted that they hadn't been unlucky to drop back down and they responded in the real right way. Clara knuckled down to business and went about things in a very professional manner in the 2021 Senior “B” Football Championship.

They weren't exactly brilliant but they did what they had to do and from early in the campaign, it was clear that Clara were a step ahead of their competitors. It all culminated in a final win over Tubber, where they were pushed hard but pulled away late on.

Since then, Clara have kept plugging away. Under manager, Mark Scanlon, they were aware that the Leinster Club Intermediate Football Championship opened up a real window of opportunity for them and they have really went for it.

They advanced to the final with wins over St Brigid's Killashee of Longford, St Patrick's Donabate of Dublin and Kildare's Kilcock.

Now they face a real test in the final, travelling to Navan on Sunday to take on the Meath champions, Trim. Clara will be hoping that they never play in this competition again but now that they are there, they will really want to win it.

Clara have been very professional in the way they have gone about their business in this competition. They have scored freely, they have been very tuned in and they do look like they are a step ahead of most teams at this level.

For Clara, the real goal for 2022 is to hold their own at senior football level and begin to get into a position where they can challenge for honours once again.

That is at the medium term goal for them and Clara are aware of the challenges that face them as some of their elder statesmen prepare for the end of their footballing careers. Scott Brady and Thomas Deehan in particular have a lot of football under their belt and there isn't a lot of senior football left in Brady while Deehan had a kidney removed last week. Ross Brady is also entering the veteran stages of his career and this trio have been fantastic servants for Clara – they have been great performers, leading by example, and have been three of their key players for the guts of twenty years.

Clara have some fine young talent emerging. Carl Stewart and Colm Doyle were on the Offaly senior football panel last year and will be on it again this year, Ed Cullen Cormac Delaney and Adam Kelly won All-Ireland U-20 football medals for Offaly in 2021 with Cullen excellent at midfield and Delaney coming on in a few of the games.

Clara will be without the vastly experienced attacker Thomas Deehan who has had a kidney removed after a growth was discovered on it before Christmas. A former player Luke Kelly has returned home after a few years in New York but isn't eligible to play as it is a 2021 competition.

Ross Brady missed the Kilcock game after aggravating a calf injury in the warm up but is available for Sunday while his brother Scott is fit and may be kept as an impact sub.

“Scott had a couple of injuries earlier in the year and it is great for the young lads to have him and Matt Mitchell ready to come in. We need them in the mix late on in games,” Clara manager Mark Scanlon said this week.

Clara will approach the final in a very confident frame of mind. While they will be very aware of the strength of club football in Meath and the challenge that Trim will pose, they have been playing really well.

They have the makings of a very nice team and Clara like to play football. They also know that a Leinster title and a run at the All-Ireland series would serve them very well as they prepare for their return to Offaly's top table.

Scanlon is enjoying Clara's progress in the competition but stressed that they will need time off before they get down to preparing for the 2022 Offaly Senior Football Championship.

“We were just talking about it at training this week. It is nice to be playing matches at this time of year instead of the usual slog. Fitness will not be a problem for us this year but we will need a break and we don't know when the league will start. We need a month of two off. It has been a long two years with Covid, the championship stopping and starting and lockdowns. Guys have been on the move the whole time. It feels like it has been non stop. Every other year you would have a season of six or seven months and then have four or five months off. They are great and we don't focus on what happens if we lose. We just go out, play and enjoy ourselves.”

Scanlon added: “The group has become very close, even after games and training. They have become very tight. It is just a game and if we are beaten by the better team we will go home, happy out. We don't beat ourselves up over it. We have done that for too long. We just perform to the best of our ability and if a team is better than us, we can live with that.”