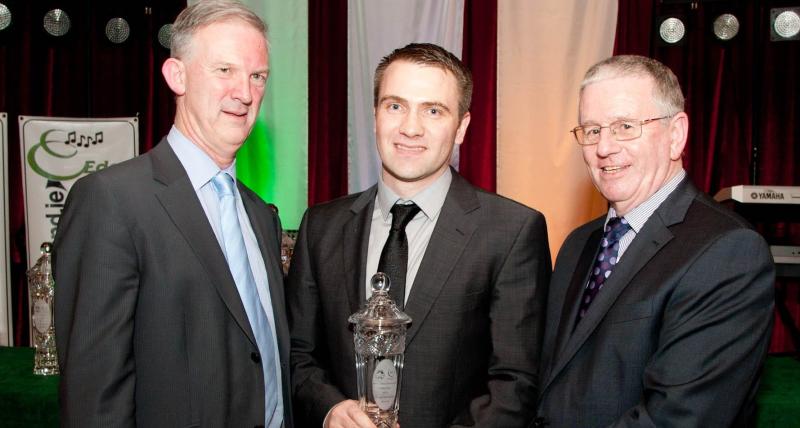 AFTER years of knocking on the door and trauma, Clonbullogue finally gained entry to the upper echelons of Offaly club football as they won the Intermediate Football Championship with tremendous style and panache in 2021 – they will compete in the Senior “B” Football Championship this year, fully expecting to mount a strong challenge.

Since winning the intermediate, they have moved towards dreamland, advancing through the Leinster Club Junior Football Championship final with some scintillating attacking performances and they have their big date with destiny on Saturday in Newbridge.

Kildare's Kilcullen await them here and Clonbullogue are bracing themselves for their toughest challenge. As the Clonbullogue manager, Joe Kilmurray pointed out this week, Kilcullen have an urban town with a population of 4,000 people while Clonbullogue has a village and is essentially a rural area with about 400 residents.

Yet Clonbullogue's form and the exuberance with which they are playing for football means that they will make the short hop to Newbridge on Saturday more in confidence than hope.

Like all clubs, Covid-19 has played havoc with their preparations. Between close contacts and players with Covid themselves, Kilmurray counted 15 absentees from one training session over the Christmas season. Over the next few days, he will dread any text beep or phone call, prepared for the possibility that there could be late withdrawals but Clonbullogue's players are doing everything by the book as they get themselves ready.

It has been a fairytale year for Clonbullogue to date. In their intermediate final demolition of a fancied Raheen, Clonbullogue produced one of the performances of the year on the Offaly club football scene and Kilmurray smiled: “The lads have really worked hard. They have been knocking on the door for so long and they needed that win. I always said to enjoy their football, I really want them to enjoy every game and they have brought that into every match.”

Kilmurray has very much placed the emphasis on enjoyment and this has shown in the way Clonbullogue have attacked every game. As an excellent defender with Rhode from the 1990s through the 2000s, Kilmurray played ten competitive games for Offaly at wing back from 1999 to 2002. He knows how to defend but as a manager, he has resisted the modern temptation to set his side up defensively.

2021 was his first year as Clonbullogue manager and he stated: “They are a very good bunch of lads. The club is very good and we are enjoying it. There is a good mix of lads. We tried to work on that. It is very important lads try to play football. These lads have come up from underage football together, they won championships there. It was a matter of taking that fear out of them, letting them play and get on with it. They took responsibility themselves and are enjoying it. They are committed. They want to train. Everyone on the panel is fully committed and has bought into what we are doing.”

Playing in Division 2 league football in 2021 was a major help in Clonbullogue's development. They reached the decider where senior “B” finalists Tubber pipped them by a point and Kilmurray described that as a huge boost, a “stepping stone”.

Clonbullogue have often knocked on the door in intermediate football since the 1990s but could never get there. They went back to junior in the 2010s, winning that title in 2015 and have been a very competitive intermediate side since then. Disappointed to lose to Shannonbridge in the 2019 final, they have brought their game to a new level this year. What has changed?

“The lads trained hard. There was a lot of effort by the players and club. They knuckled down that way and that changed things. There was no magic switch, it was just hard work. Everyone on the panel bought into it and got their reward. The players worked really hard collectively. They made a lot of sacrifices. We didn't have all our players against Tubber in the league final, that was a great experience and we learnt a lot. We got good challenge games.”

For years, Clonbullogue had a reputation for having tough, talented footballers but with a core who enjoyed partying hard off the field. It may have been a factor in them not winning in the past and it was suggested that their performances signal that this must have changed.

“It has been an enjoyable year. Anything we needed, we got; the club has been very progressive. It is good to see them getting over the line because they have been knocking on the door for so long. You have to enjoy the football and the style you are playing. If not, it is very difficult to train.”

Clonbullogue quickly got back down to basics after celebrating their Offaly win for a few days and in Leinster, they have taken it one game at a time. “It is tricky in Leinster. There is a lot of games and you never know what to expect. We lost five Leinster finals in Rhode. It is not easy and every game is different. Kilcullen are a very good outfit, we are under no illusions. They are a big town, we are a small village. Kilcullen went down to junior in Kildare but it was by default because of Covid. Their goal is the All-Ireland title, it was never to just win the Kildare junior, and we know that.”

Kilmurray, however, is keen to finish on a positive note. “Having said that, we are delighted with where we are. We are happy to go to Newbridge and play this and we can't wait. There is no pressure on us. We will enjoy it, those moments don't come around often. I always enjoyed it with Rhode and players have to enjoy it. If not, you simply won't perform. Fingers crossed. It would be good for Offaly too and it is great that Clara are in the intermediate final.”