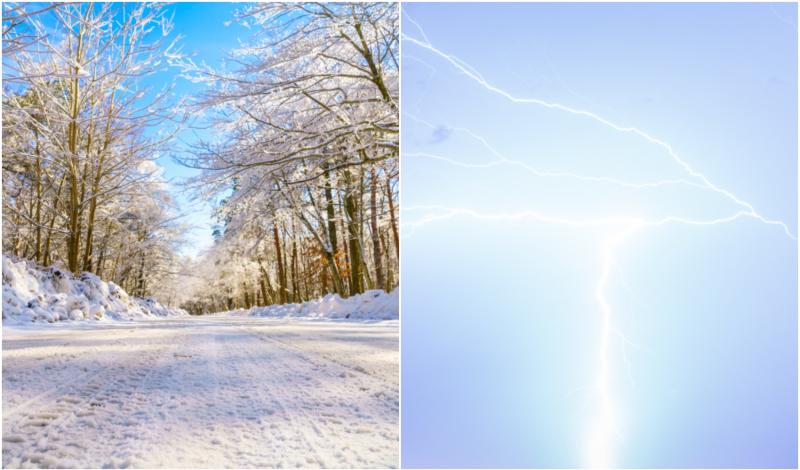 Parts of Ireland are set for accumulations of snow tonight and into tomorrow morning according to the latest weather forecast for Ireland from Met Eireann.

Temperatures are also set to drop below freezing tonight with thunderstorms also forecast for this afternoon and tonight.

The Met Eireann weather forecast for Thursday is for any lingering rain to clear followed from the west by sunny spells and frequent blustery showers. Some showers will be heavy with hail and isolated thunderstorms, and will turn increasingly wintry through the afternoon and evening. Fresh to strong southerly winds, veering westerly by afternoon with temperatures of 4 to 8 degrees.

Snow forecast for Ireland for tonight

According to Met Eireann, tonight will be cold and blustery with widespread wintry showers, some of snow with accumulations in parts of Connacht and Ulster and on high ground. There will be some hail and scattered thunderstorms in Atlantic coastal counties also. Lowest temperatures of -1 to +3 degrees, coldest in Ulster, with fresh to strong and gusty westerly winds.

When and where is it going to snow in Ireland? Track the approaching snow as Met Eireann Snow and Ice Warning in place for Thursday and Friday

The Met Eireann weather forecast for Ireland for Friday is for widespread showers of rain, hail, sleet and snow in the morning. However, during the day, showers will become less frequent and turn more to rain and sleet. During the afternoon, rain will develop in the west and southwest. Highest temperatures of 4 to 8 degrees in moderate to fresh and gusty westerly winds.