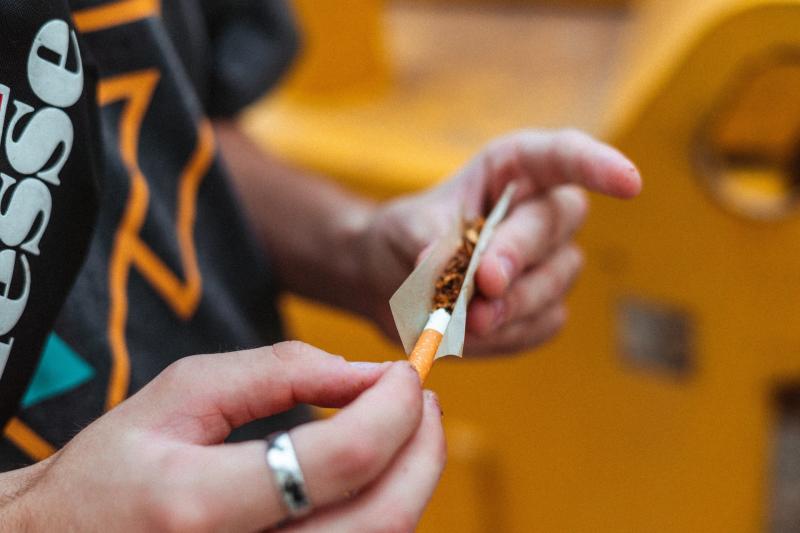 THE discovery of tobacco by a sniffer dog at the mails centre in Portlaoise resulted in over 31,000 cigarettes being found in a house in Crinkle.

Kevin White, BL, prosecuting (instructed by Sandra Mahon, Offaly state solicitor), said the prosecution arose from a seizure on May 15, 2019 and the background to the case was set out by Gerard Ryan, an officer with customs and excise.

Mr Ryan told the court an authorised officer with Revenue was working at the mails centre in Portlaoise when a sniffer dog's attention was drawn to a parcel addressed to an individual in Grove Street, Crinkle, Co Offaly.

There was also another parcel with another person's name on it at the same address and amber leaf tobacco was found in the packages.

On another occasion a dog handler found a substance in the Dublin mails centre which was also addressed to the house in Crinkle.

When parcels were brought to the address in Grove Street the door was answered by Ms Kalmikova who said one of the packages was addressed to her husband.

Officers secured a warrant and searched the premises and tobacco products were found in a kitchen press, under the stairs, in a front office room upstairs and a front bedroom.

In an interview, Ms Kalmikova said she got the tobacco from a friend in Luxembourg and it was paid for through Western Union.

She said the products were for her own personal use but she had sold cigarettes to friends a few times.

Mr Ryan said she had no previous convictions.

Defence counsel for the accused said she was a Latvian woman who had been living in Ireland since 2001 and she was now divorced from the man mentioned by the previous witness.

Judge Keenan Johnson was told that her husband was not living there at the time and another man who had been interviewed in relation to the matter made no admissions.

Aged 44, she had been working in Dooly's Hotel in Birr but had to stop because of a back injury and was on medication and awaiting an ultrasound.

Judge Johnson said a probation report had been prepared for the accused since she entered her guilty plea and it indicated that she denied selling the tobacco.

He said it was “stretching credibility a bit” to say that quantity of tobacco and cigarettes were for her own use.

The judge also noted she had been working in the hotel for 10 years and was a volunteer with Birr Tidy Towns.

Mr Ryan was recalled to give further evidence and he said that while the accused would be a cog in the machine she would not be at the top of the food chain.

He would not accept that the tobacco was for her own use and that she did not intend to make a financial gain.

The defence accepted that Ms Kalmikova had broken the law but the items were not addressed to her and she was very eager to do anything to make amends.

Judge Johnson said he was quite satisfied the woman was engaged in the illegal sale and supply of tobacco which was a serious offence which caused a loss to the State and deprived legitimate operators of business.

He sentenced her to 240 hours of community service in lieu of six months in prison.