Local people 'terrified to use motorway' through Offaly in poor weather 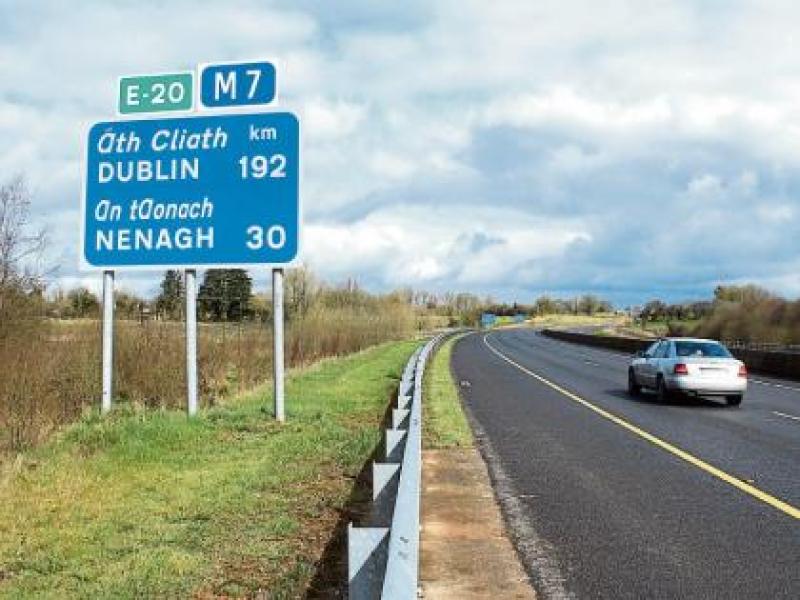 The road has seen a disproportionately high number of accidents

The M7 motorway which transects parts of North Tipperary and South Offaly, has again been singled out as particularly treacherous during inclement weather.

The midlands were battered by Storm Barra and suffered a prolonged period of very wet and cold weather in recent days and the M7 motorway was the site of several road traffic incidents, requiring the motorway to close in one direction between Junction 22 Roscrea and Junction 23 Moneygall.

The disproportionate number of serious traffic incidents during wet weather, particularly when flash hail storms erupt in the area, has raised red flags for local politicians and infrastructure officials in the local authority for several years; with the stretch between Roscrea and Moneygall singled out as particularly dangerous.

This week Tipperary County Council heard from a Roscrea based Councillor who said that local people have grown weary of using the motorway, especially when weather conditions deteriorate.

“You can be guaranteed that anytime there is heavy rain or hailstones you can be sure to hear sirens heading out the road towards the motorway rushing to a bad accident”, Independent Councillor and member of the Lowry Team, Shane Lee, told the local authority's monthly meeting, held over Zoom on Monday.

“I live near that road myself and anytime there is a bit of tricky weather accidents happen”, Cllr. Lee said, noting how often the road is closed due to incidents.

Independent Cllr. Joe Hannigan said hailstone showers appear to be more frequent on some parts of the road between Roscrea and Nenagh, which he said might be due to the topography of the area. “We need some permanent warning signs to tell motorists that in the event of bad weather the road is very dangerous – there's something not right about that situation there”, he said.

Cllr. Hughie McGrath (Ind) told the meeting several motorists have reported incidents of aquaplaning on the road, where standing water causes a momentary loss of vehicle control for motorists. “The level of spray of water coming from HGV vehicles on the motorway shows that there is too much water standing on the road”, Cllr. McGrath added.

Cathaoirleach of the Municipal Council for the Roscrea, Templemore and Thurles District, Seamus Hanafin (FF) said he knows personally the victim of a fatal accident on the M7 which happened earlier this month and that to his knowledge, hailstones were involved in the tragic accident.

Marcus O'Connor, Director of Services for Tipperary County Council, told the meeting that hail poses an exceptionally difficult problem for road designers and that it's effect is similar to “driving on ball bearings”.

“There are a number of roads in the country which are prone to hailstones – the M7 west of Roscrea, the M18 on the western coast and the M6 west of Ballinasloe. We have been in discussion with the TII about this issue for a long time”, Mr. O'Connor said.

“We have commissioned studies by Met Éireann to investigate the preponderance for hail-strikes in this area of the M7 and they show that section of Ireland is particularly prone to hail events which come in from the Atlantic. Hail is particularly problematic because they are not predictable about where they occur, they are very localised and they can't be treated – they can't be treated with salt as they happen very quickly and they're gone very quickly”, Mr. O'Connor explained.

“You can lose control of a vehicle very quickly and it is essential that people slow down”, Mr. O'Connor said, adding that motorists need to heed the safety sign gantries which give up-to-date information about driving conditions and delays.