Fears for important Offaly building after sale falls through 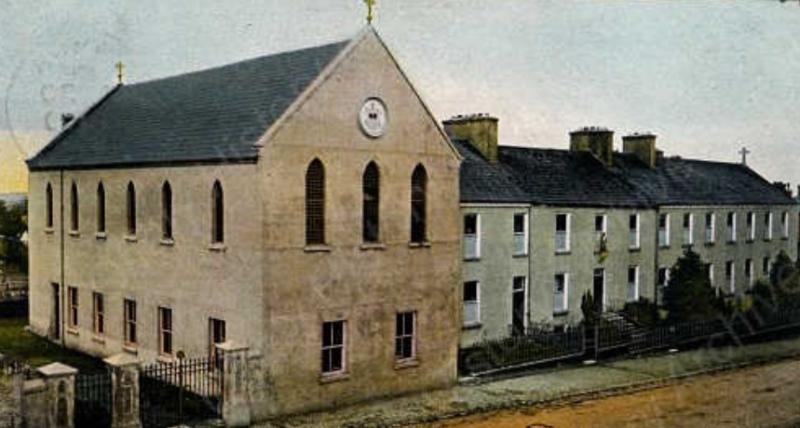 Banagher Convent (La Sainte Union) a few decades ago when it was a thriving school. LOETB wanted to knock it and create a carpark.

THERE are fears for the future of a historic building in Offaly following the fall through of the building's sale.

A sale of the former LSU convent in Banagher was underway and the buyer's aim was to turn the large premises into a series of apartments, but for reasons undisclosed the process was discontinued.

Cllr Clare Claffey said the news was very disappointing and worrying. She said Banagher Development Group, whose Chair is Kieran Keenaghan and of which she is a member, was concerned now that the building will become derelict.

The LSU building is owned by LOETB (Laois Offaly Education Training Board). The LOETB wanted to completely knock the building and put car parking in its stead. However, they were prevented from doing so because the building was deemed to be architecturally significant.

PROPERTY: Incredible and unique cottage in Offaly with bundles of charm is up for sale

MEMORY LANE: Do you feature in this gallery of pictures from the Offaly archives?

The February 2021 meeting of LOETB was updated on the situation as it stood at that stage. The Chief Executive Joe Cunningham told the members that “Mollin Estates is acting on behalf of LOETB regarding the sale of the LSU building in Banagher. Bidding has been completed and they are now at the point where we will be requesting the preferred bidder to make a formal offer in writing and to provide proof of funds.”

The LOETB members were informed that the final offer received was €160,000, which the Auctioneer believed was “a very good offer considering the condition of the building.”

A member inquired as to the number of bidders, in the event the bid falls through, and was informed that there was significant interest in the building with around five or six parties making offers on the buildings.

However, things didn't proceed as planned following the February meeting and it was announced in recent weeks that the preferred bidder has withdrawn his bid.

Cllr Claffey pointed out that the Bank of Ireland building beside LSU recently closed down, which is another depressing blow for this part of the town.