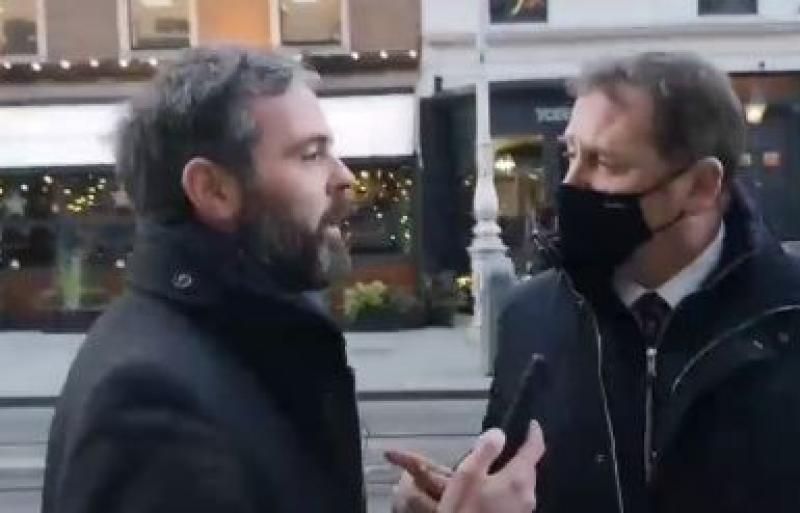 Offaly TD Barry Cowen has been accosted and questioned on the street by an anti-vaxxer.

Despite several attempts by Barry Cowen to get the individual to leave him alone, the line of questioning persists with the Offaly TD gradually getting more frustrated. (More below the video)

Speaking to Midlands 103 after the incident, Barry Cowen apologised for his reaction but added that public representatives should not be 'accosted' in this way.

"I politely declined initially but that of course wasn't shown in the clip because these guys are interested in drama," he said. "They're interested in a unique occasion where they might catch the likes of me off guard. They might catch the likes of me not being as restrained as I should have been and I apologise for that. But having said that, I don't believe that any public representative should be accosted in the way this guy did that."

REVEALED: Offaly people are the most generous Christmas gift givers

Nine Offaly hurlers registered to play in Fitzgibbon Cup in 2022