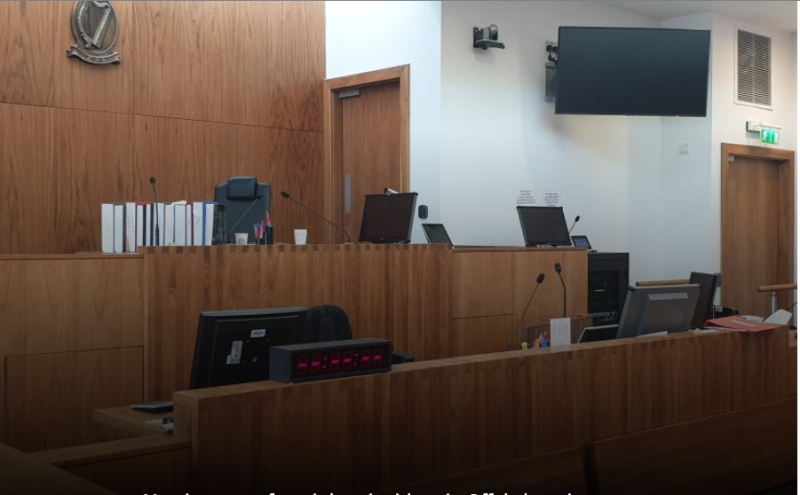 A man who was flown into Ireland from Latvia by a gang, to work as a 'gardener' of cannabis plants in Tullamore appeared by video link from Cloverhill Prison at last Tuesday’s circuit court.

Linards Gerhands (24) with an address of 14, Esker Street, Esker Meadows, Tullamore, pleaded guilty to the offences on November 2 last.

Giving evidence Garda Diarmuid Loughnane said he searched the home of Mr Gerhands on May 31 last at 10.40pm. He said the downstairs of the house was in darkness, there was a bedroom to the right upstairs and he detected a strong stench of cannabis.

On continuing the search Garda Loughnane found 26 mature potted cannabis plants, electric fans and radiators. He said the room was completely insulated. In another room a large black tent had been erected and again heaters and fans were installed. There were 15 potted plants in this room.

Mr Gerhands was immediately arrested and detained for interview with the benefit of an interpreter. He was interviewed on three occasions. He spoke about his background and made a full admission. He said his job was to feed and maintain the plants and he was told he would receive €6,000.

He was fully cooperative, Garda Loughnane said. He had lived in the house with the plants; there was no one else in there. He was to water, provide heat and monitor the plants daily. However, Mr Gerhands was described as being poor at maintaining the plants and had killed some of them, as a result the gang told him they would not be paying him for his services. He was living in a box room with a laptop and an ‘’old fashioned burner.’’ Garda Loughnane said there was an element of coercion involved and he didn’t think Mr Gerhands would ever have been compensated.

The plants were analysed and they had a market value of €32,800. He was charged and he replied that he was really sorry. He was brought before the court in June.

He had one previous conviction from Latvia dating back to 2018 when he was convicted of theft and damage to property. He received 90 hours community service.

Mr Gerhands had been raised in an orphanage and had seven sisters. He has very little contact with any of them, the court heard. He had been living with his aunt and working in a bakery in Latvia. He had studied building in a technical school. He had no friends and no partner. He appeared to have no passport but a boarding pass had been found. He had been collected by some people at the airport and driven to the house.

Judge Keenan Johnson said Mr Gerhands seemed to be very vulnerable and easily manipulated. Garda Loughnane agreed and said he had sympathy for him.

The DPP had put his offence at the low range. When Mr Gerhands last appeared in court and was arraigned he had indicated that he would like the matter dealt with by being expedited and so no probation report had been ordered.

He is now hoping to build a life in Ireland. He feels he would have no opportunities in Latvia and given his estrangement from his family he isn’t sure he will have anywhere to reside.

Judge Keenan Johnson said Mr Gerhands had a very sad life and if he returned to Latvia he could spend Christmas on a park bench.

Judge Johnson ordered a probation report which he said means he will spend Christmas in prison. He said the probation services may be able to help him with  accommodation, learning to speak English and a job. Hopefully he will be able to build a life for himself on release.

Judge Keenan Johnson said the cultivation of cannabis plants carries a sentence of 14 years in prison. However, he said it is accepted by the state that the accused was enticed to this country on the promise of €6,000.

He said the proliferation of grow houses is a huge issue and contributes greatly to the drug problems in Ireland.  For that reason the Houses of the Oireachtas has fixed huge penalties to reflect the damage to society.

He said the court has to take into account the gravity of the offence and the culpability of the accused. He said the court must be mindful of the protection of society. He said Mr Gerhands knew the enterprise involved drugs on the promise of payments.

The mitigating circumstances of the case were his early guilty plea which saved the expense of a trial, the cooperation and his expression of remorse.

The judge said Mr Gerhands was easily manipulated by the people behind the grow house. He was at the lower end and didn’t get any benefits. He has a sad background and the court accepts he was vulnerable. However, he said the court cannot be seen to reward anyone that comes to this country to grow cannabis.

Judge Johnson said he would adjourn sentencing to April 5 for a probation report which he said will assess whether there is a risk of Mr Gerhands reoffending. He said they will look at the feasibility of him staying in Ireland, securing accommodation and learning to speak English. He said the court will need a positive report if he wants to stay in Ireland.

He will get full credit for the time he has spent in prison. He was remanded to custody until April 5.