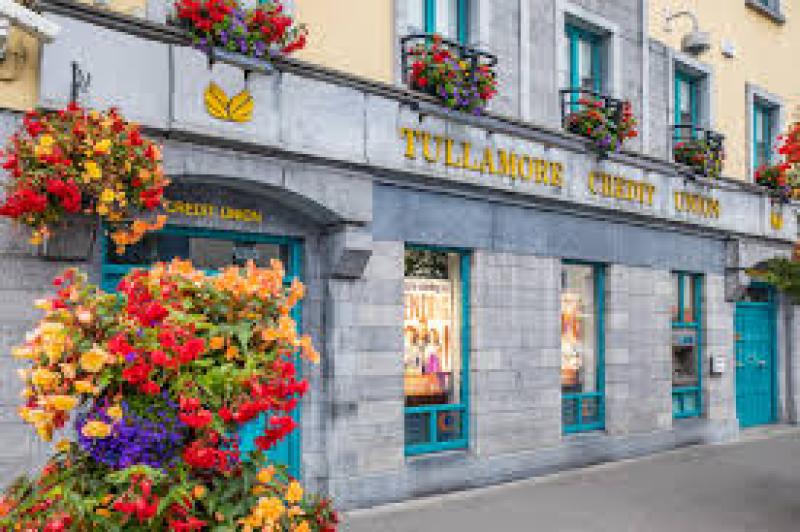 Savings at Tullamore Credit Union are now worth €277.8m as members put more money away and €13.6m flowed in following the merger with Kilcormac Credit Union.

Existing Tullamore members saw their savings soar by €26.3 million. The vast bulk of savings are in members' shares, which now stand at €274.6m, including the cash from the new Kilcormac members, according to the 2021 annual report up to September 30.

In 2020, the value of members' shares was €235.3m. The overall savings have been further boosted by current accounts, which grew from over €1.9m to more than €3.2m in the 12-month period, bringing the total savings jump to some €40m.

Lending has also increased, up by €10m on the previous year with 5,483 loans granted worth a total of €36m. The Tullamore Credit Union loan book is now €77.6m.

Despite the growing figures, in his annual report sent to all members this week, Declan McDonnell, finance officer, issued a warning about the financial situation.

Four roads in Offaly due to close this week for works

“Once again, we must point out that this level of savings growth, unless matched by increased demand of loans, poses a significant problem for our Credit Union,” said Mr McDonnell.

He told members: “Due to the current interest rate environment, when we look to invest these funds on your behalf the rates on offer are, at best minimal, and more recently rates are negative. This impacts significantly on our ability to pay dividends into the foreseeable future.”

Confirmation that there is no dividend for members this year came in the report from the board of directors chair, Ray Spain.

He cited downward pressure on the institution's annual surplus, uncertainties around Covid-19, low interest rates and a “strong recommendation” from the Central Bank not to pay a dividend but instead to grow reserves as reasons for the failure to provide members with any windfall.

In his report, Tullamore Credit Union chief executive Dennis Daly said he was proud it stayed open and continued to serve the needs of members during the pandemic.

A total of 1,439 new members (including 312 under the age of 16) joined and the current account now has almost 4,000 users, all with debit card and online access to funds, including an overdraft facility.

Specifically, Mr Daly mentioned the Credit Union mortgage service, which was introduced in 2019 and has seen 171 home loans issued.

“Take-up of our Credit Union Mortgage has been fantastic. In the 12 months to the end of September, we have assisted 83 members, mainly young couples to provide a home for themselves,” said Mr Daly.

A report from the Credit Union's credit control committee repeats the previously stated policy that where borrowers in difficulty refuse to engage, the lender will not hesitate to institute legal proceedings for the recovery of debts.

In the past year €287,559 has been “charged off” (a financial term which usually means the debt is considered a loss and the account is closed to future charges) but the Credit Union says it has been following up the loands actively “and will take every available measure to ensure repayment”.

The annual general meeting of Tullamore Credit Union will take place on Monday, December 13 (8pm) and can be attended in person or online.