There was a good turnout of people and horses on Banagher's main thoroughfare for the town's annual Horse Fair on Sunday. 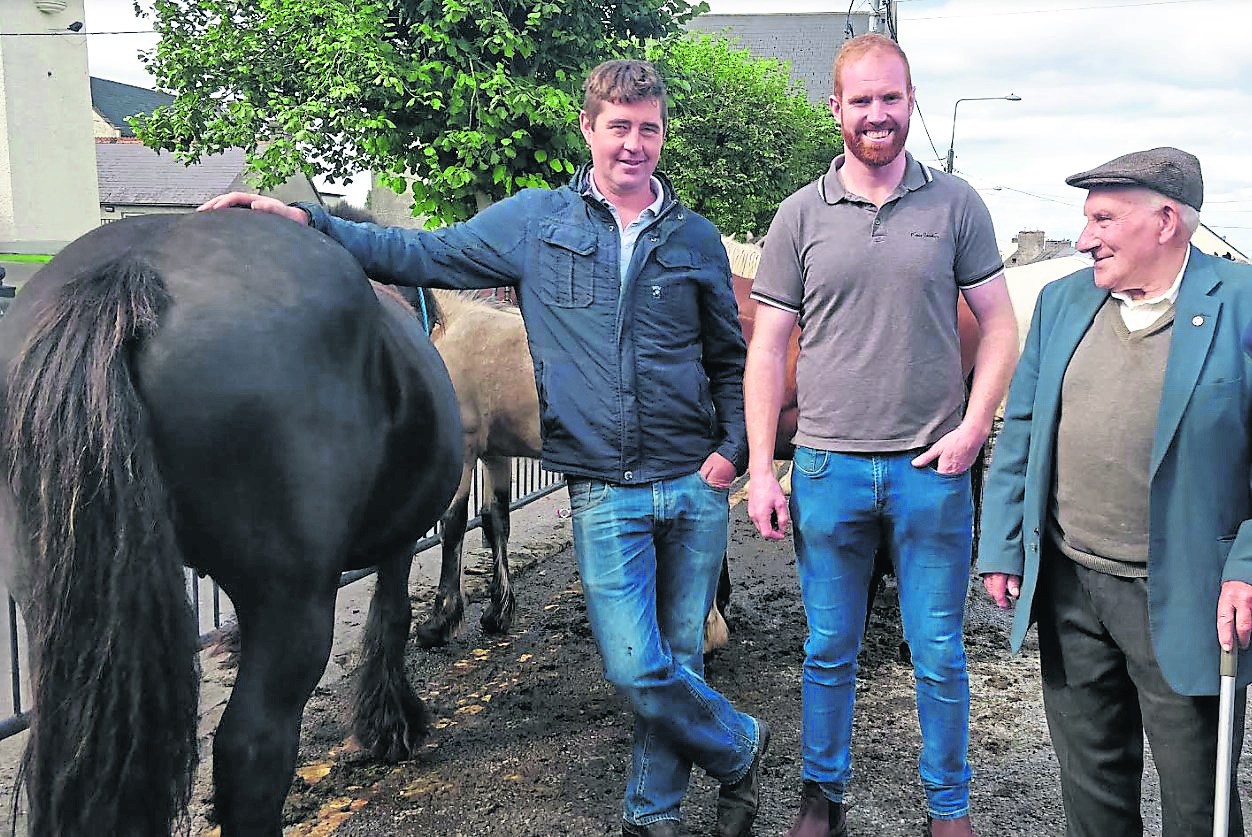 “With the recent lifting of restrictions,” said someone who attended, “an impressive number of people came to our famous fair from all over Ireland.

“They were eager to attend because it was in fact the first horse fair of the year in the whole country.

“Banagher Horse Fair has a very long history, dating back to the 1600s and, perhaps, King Charles II or King Charles I. The Fair was probably founded by a Royal Charter from Charles II and it has been run every year since. It was an important fair for the British Army to purchase horses for their cavalry regiments.

“There have been times when people thought it was under threat and would cease to be but it has kept on going. People who attend are very conscious of the event's proud history. They love it and it has considerable prestige among horsey folk.
“After all these years it's a remarkable feat that it still continues to attract crowds and horses.”

He said a good number of quality cobs and ponies were in evidence on Sunday.

Business was reported as being brisk with some animals making good prices.