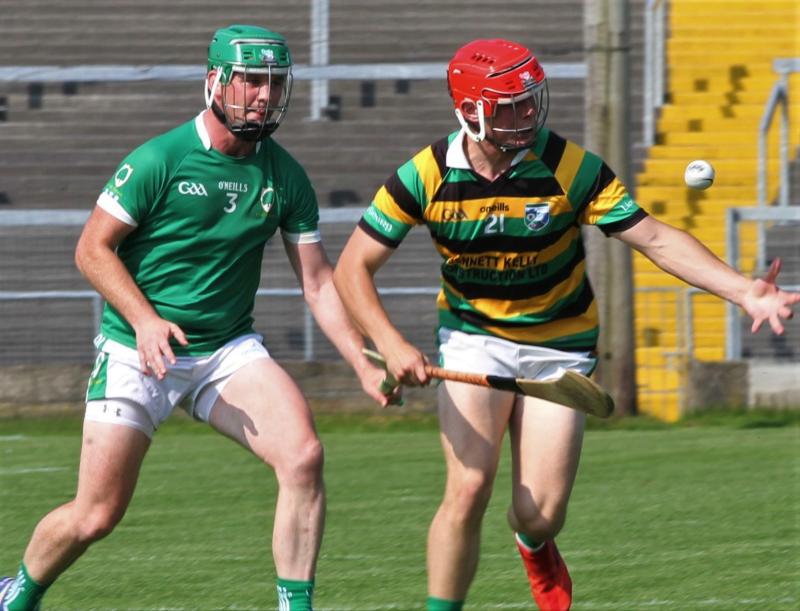 IT will really be the third round before a likely knockout picture begins to emerge but there is still plenty at stake in the second round of the Offaly Senior Hurling Championship this weekend.

The format of this year's championship gives plenty of room for error and even a second consecutive defeat won't prove fatal but it will stack the odds against teams.

It is a Senior Hurling Championship with a difference this year. The ten teams are in two groups of five but they criss cross – they play the teams in the opposing group, meaning that each has five games. However, it is only the top four who go into the semi-finals and these places will go to the four with the best record and not the top two in each group.

It will be very interesting to watch it all unfold and it should make for compelling viewing as the semi-finals loom into sight.

The first round winners, Kilcormac-Killoughey, Coolderry, Birr, Shinrone and St Rynagh's will be happy with their start while the losers, Kinnitty, Ballinamere, Belmont, Drumcullen and Seir Kieran will be desperate to avoid a second consecutive defeat.

This week's round of games will tell a lot more about the prospects of the clubs.

Birr showed reasonable form in their first round win over Drumcullen. They didn't set the world on fire but they were solid with a lot of flair thrown in. They were also missing their score-getter in chief Eoghan Cahill and they should be able to talk to most teams.

This is a must win game for Birr. While they have two points on board, they can't afford to lose to any of the weaker teams and they will be fully focused for this. Seir Kieran were poor in their defeat by Kilcormac-Killoughey and will be fighting hard for their pride. Birr, however, should be too strong.

This is one of the biggest games of the year for both sides. They clashed in the 2020 senior “B” hurling final a few weeks ago when Kinnitty proved too strong and both lost their first round games – Drumcullen to Birr, and Kinnitty to St Rynagh's.

Neither has realistic prospects of winning the Sean Robbins Cup and their aim is to stay up. Indeed, there is a possibility that they could meet again for a third time this year in a relegation play off but the winners here will have a decent chance of avoiding it. The winners will stay in the hunt for a semi-final place while the losers can forget about that. Drumcullen will be competitive and they have great spitit. They won't be far off but Kinnitty do look to be a small bit better.

The meeting of Coolderry and Shinrone will be one of the most interesting games of the weekend. Both had excellent first round wins with Coolderry beating Belmont well and Shinrone firing on all cylinders against Ballinamere.

The form shown by both augurs well for their prospects. Shinrone remain an enigma. There is no doubting the talent they have but they can flatter to deceive at times. This game will tell a lot more about them. Coolderry don't always win and are beatable but they nearly always perform to the best of their ability. Shinrone have a good chance here and a win for them would only be a mild surprise but Coolderry are more consistent, reliable performers.

Belmont were bitterly disappointed with their performance in their first round defeat by Coolderry. Considering they have been knocking on the door for a few years, a 0-26 to 0-16 defeat represented a bad beating. Kilcormac-Killoughey were very poor in their 2020 final defeat by St Rynagh's but recovered with a facile first round win over Seir Kieran.

K/K have some fine young talent emerging and they are title contenders. They will learn more about themselves here than they did against Seir Kieran. Belmont should be very competitive here but the form book does point towards K/K.

This is a huge game for Ballinamere. Their defeat by Shinrone was arguably the worse one of the opening round of games. They were beaten by 4-18 to 2-15 but have plenty of talent and they have four Offaly senior hurlers in Ciaran Burke, Ross Ravenhill, Brian Duignan and John Murphy. The impression remains that they should be able to challenge for a semi-final place – that, however, is only an impression at the moment and is not based on tangible evidence.

St Rynagh's are the team to beat. They easily beat Kinnitty in the first round and were the best team by a distance in 2020. They have strength and quality all over the field and they have the ability to improve even more. Ballinamere have the hurlers to test them but anything other than a St Rynagh's win will be a surprise.