Council set for U-turn on retail zoning plan for Tullamore 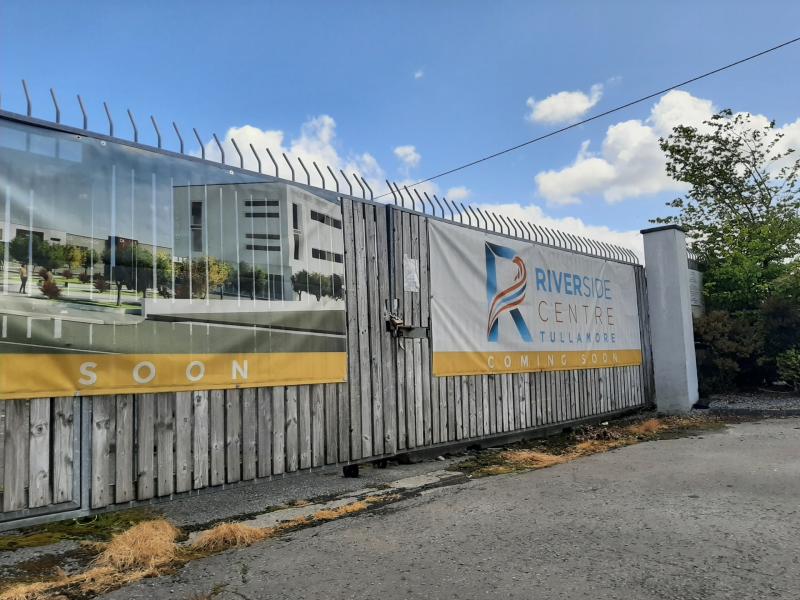 FOLLOWING the intervention of the State planning watchdog, the chief executive of Offaly County Council aims to drop plans to expand the area of Tullamore zoned as 'retail core'.

The town centre either side of Colmcille (William) Street, Bridge Street and High Street from Kilbeggan Bridge to the O'Moore Street roundabout, plus Main Street, are zoned as core retail and a draft plan currently being considered proposes to add part of the Tanyard and the former Coen's timber yard on Church Road. SEE MAP 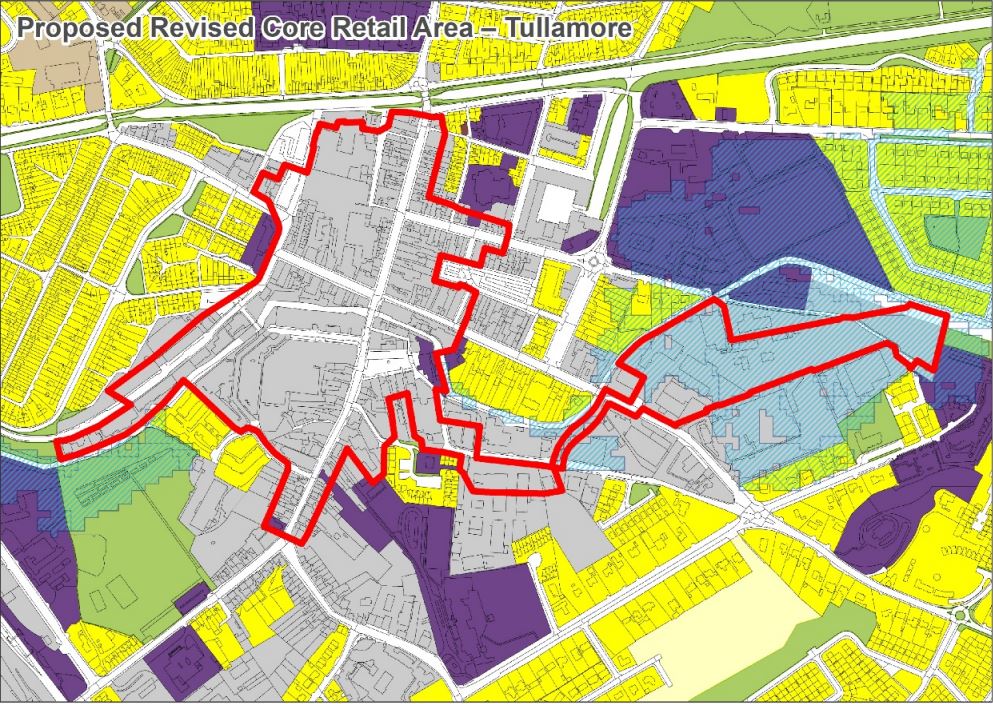 The Church Road site is the location of the proposed Riverside Centre, a €20m commercial complex comprising shopping, cinema and a restaurant planned by local developer Tony Flanagan.

The Riverside Centre project has already received the go-ahead from An Bord Pleanala and is located across the road from the new Lidl store and close to the Dunnes Stores shopping centre.

In spite of the presence of those major retail outlets, and the planning approval granted in May for the Riverside Centre, the Office of the Planning Regulator (OPR) said the area should not be designated as part of Tullamore's 'retail core'.

The designation was backed by Offaly County Council earlier this year, but only after a split among the councillors, with Fianna Fail and a number of Independents coming out in favour of expanding the retail core, and the Fine Gael group opposing it.

Cllr Tony McCormack, Fianna Fail, said it would be “commercial suicide” not to include the zone the site “core retail”: “Observing the retail offering for the four large towns in our area, Tullamore, Athlone, Portlaoise and Mullingar, Tullamore has the poorest offering.”

Cllr Neil Feighery, Fine Gael, said the fact that an area is outside the core did not preclude it from being considered for use by a large retailer and he warned against development which would “pull away the town centre, hollow it out and create a competitive element outside... with maybe free parking and rent incentives”.

The OPR, which effectively acts as a watchdog for the State in planning matters across the country, agreed with the Fine Gael councillors' analysis that expanding the retail core ran the risk of “hollowing out” the town centre.

The OPR said the proposed expansion “is not supported by the required evidence-based approach as part of an up to date Retail Strategy, and has the potential to undermine the vitality and vibrancy of the existing town centre”.

In her report this month to councillors on the draft county development plan, which will govern planning in Offaly from 2021 to 2027, council chief executive Anna Marie Delaney recommends the removal of the proposed extension of the retail core.

Councillors are expected to meet to consider her recommendation soon.