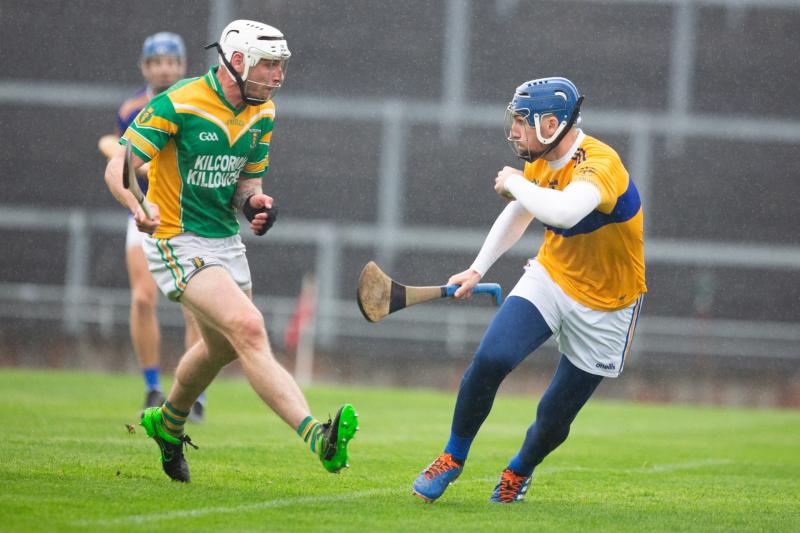 ST Rynagh's will have large target signs on the back and will be the team everyone else will be trying to take down in the 2021 Offaly Senior Hurling Championship.

Crowned 2020 champions just a couple of weeks ago, St Rynagh's are clear favourites for the 2021 campaign. It won't be simple and there are a few teams capable of beating them but they are definitely the team to beat as they aim for three in a row.

The Banagher club are in their prime. Their age profile is what any manager would want and their confidence is sky high as they enjoy their latest spell in the sun following a traumatic few years.

It is a Senior Hurling Championship with a difference this year. It has gone from eight to ten teams with both Kinnitty and Drumcullen promoted from senior B with no team relegated. The ten teams are in two groups of five but the groups criss cross – meaning that you play the team in the opposite group.

Group one consists of Kilcormac-Killoughey, Birr, Coolderry, Ballinamere and Kinnitty and they each play the group two teams of St Rynagh’s, Belmont, Shinrone, Seir Kieran, Drumcullen.

The big difference, however is that the four teams with the best record qualify for two semi-finals and this makes it really enticing and difficult to call. Group 1 looks to be marginally tougher on paper where K/K, Birr, Coolderry and Ballinamere all have some sort of title prospects while in group 2, St Rynagh's are the championship favourites and Belmont have been knocking on the door of a big breakthrough for some time.

We will have a much better idea about what way it is likely to progress after the first couple of rounds. With five games for each club, there is a lot of hurling to be played, a lot of potential twists and turns.

At the moment, the best way to assess the championship is to operate on the assumption that the cream will rise to the top and the best sides and players will be around at the tail end of the championship. In a format like this, there is always the chance that a side will be unlucky and be squeezed out but at the end of the day, the best one will be crowned champions.

St Rynagh's are the favourites, K/K the second favourites. The manner of their defeat by Rynagh's in the 2020 final raises questions about them and some of their key players are now in the veteran stages of their career. Ger Healion and Ciaran Slevin were subs in 2020, Conor Mahon and James Gorman are now past their peak. They do, however, have some excellent young hurlers emerging and they have a very good chance of going the whole way.

Birr, Coolderry and Belmont make up the second tier of contenders while Ballinamere and Shinrone have an outside chance and Kinnitty, Drumcullen and Seir Kieran are outsiders.

There is a strong possibility of Ballinamere or Shinrone edging into a semi-final ahead of one of the teams ranked ahead of them and it should be a very entertaining championship. Birr or Coolderry could fail to make it through but both will be dangerous if they do get there. St Rynagh's, however, are the standard and they can make it three in a row.