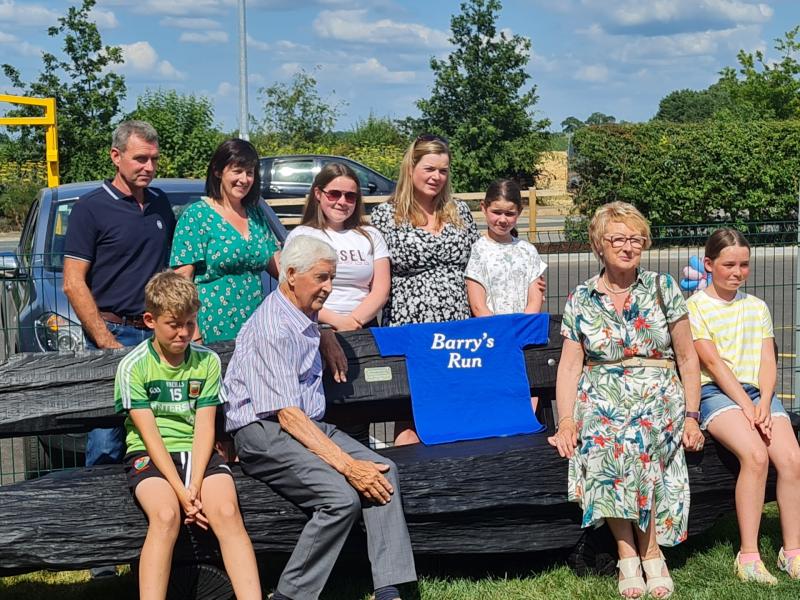 After a lot of hard work and great support from the local community, Geashill Playground had their official opening on Sunday last, July 25.

The idea for a playground originally arose in 2009, when the volunteers first met with a vision to build a playground for the people of Geashill and the surrounding areas. The goal was to raise €25,000 as funding, which would then be supplemented with grants from the department towards rural development. In order to raise the funds, the committee organised various events such as- weekly bingo; a fun run; bag packing, along with others. Throughout the process they have received enormous support from local businesses and the people living in Geashill.

While the committee were successful in raising the funds within two years, there was a difficulty with locating a suitable site to build the playground. On two separate occasions, negotiations to obtain land had fallen through. Without a suitable area, the committee missed out on grant supports.

Eventually, in 2017, a suitable location was achieved following an appeal to local landowners. Planning permission was given in 2019 and the playground is now built in the local parish field at the entrance to the village of Geashill.

The committee would like to thank Monsignor Coonan, Father Stapleton & Bishop Nulty for the donation of land, without which the playground would not be possible. They would also like to thank Hamilton’s pub; The High Chaparral; Mulligan Plant and Agri; Byrne’s shop; Brian Gorman; Geashill Tidy towns and Offaly County Council for their support throughout the process, as well as everyone who contributed towards fundraising.