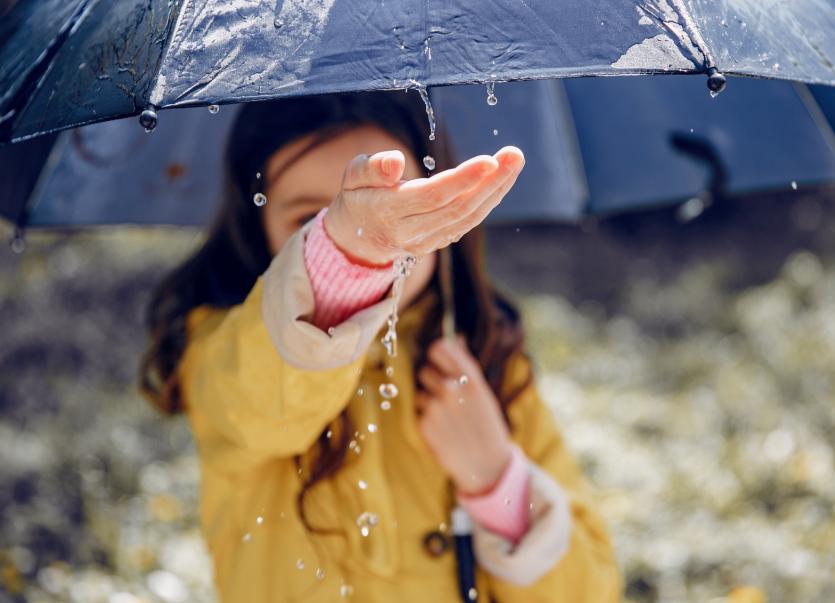 The weather for Ireland this week is set to be mixed with long spells of rain at times with temperatures set drop into the high teens.

According to Met Eireann, Monday, Tuesday and Wednesday will be showery days with heavier showers expected on Tuesday. Thursday and Friday are expected to be cloudy with further outbreaks of rain in light breezes while the weekend will bring a mix of showers, sunny spells and warmer temperatures.

The full Met Eireann forecast for the week is as follows.

Monday: Rain will be slow to clear northwards from Ulster, with cloudier conditions there for much of the day. Elsewhere, there will be a mix of sunny spells and showers, the showers becoming more frequent in the afternoon. Highest temperatures of 16 to 19 degrees in a mainly light southwesterly or variable breeze.

Monday night: Mostly cloudy with showers of or longer spells of rain at times. Becoming mostly dry with some clear spells developing in the midlands later in the night. Lowest temperatures 10 to 13 degrees with light variable winds becoming northerly and increasing light to moderate later.

Tuesday: Patchy rain and showers at times especially in Atlantic coastal counties, drier to the east with some bright and sunny spells, however a localised heavy shower may develop during the afternoon. Highest temperature of 15 to 19 degrees in light to moderate northwest to west winds, fresh at times along Atlantic coasts.

Tuesday night: Staying mostly dry in Leinster, east Ulster and east Munster with patchy rain along the Atlantic coast before showers increase over Ulster later in the night. Lowest temperatures of 11 to 14 degrees in light to moderate northwesterly winds.

Wednesday: Turning showery once more on Wednesday with some heavier burst possible mixed in with occasional sunny spells. Highest temperatures of 15 to 20 degrees, coolest along the west coast, as northwest winds increase mostly moderate and fresh at times along western coasts.

Wednesday night: Showers will mostly fizzle out overnight with some clear spells developing however cloud will increase from the west later in the night. Lowest temperatures 12 to 14 degrees in mostly light northwesterly breezes.

Thursday: Thursday currently looks to be mostly cloudy with patchy outbreaks of rain or drizzle in northern and eastern areas. Highest temperatures of 16 to 19 degrees in light westerly or variable breezes.

Friday: Mostly cloudy with outbreaks of rain or drizzle developing at times. Highest Temperatures of 17 to 19 or 20 degrees in light variable breezes.

Further Outlook: The weekend will bring a mix of showers and sunny spells, the best of which will be on Sunday, It will be warmer also with highs from the high teens to low twenties.