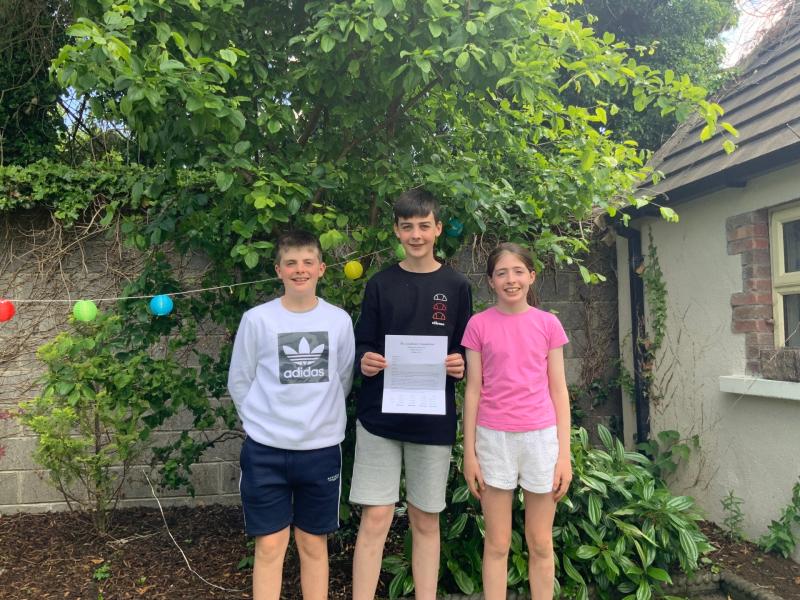 THREE Tullamore children, Karen, Peter and Joe Hughes have managed to convince billionaire Larry Goodman to help them with their fundraising efforts to help feed and educate kids in Africa. The kids wrote to Mr Goodman and informed him that they were seeking his help to feed kids in Africa

They explained to him that they had set up a website called  www.presentformyteacher.com  and asked him would he consider investing in it. The idea behind their website is that kids and their parents can say thanks to their teachers at the end of the school year by buying the teacher a digital gift certificate to help feed and educate a kid in Africa for a year.

The website allows a donor a chance to buy a present certificate for someone in their life that taught them something perhaps a former teacher or a sports coach or a former employer.

To their amazement a short while later they received a letter by reply from Larry and Kitty Goodman confirming that they felt that it was a very good cause and idea.  They said that they were on board and wanted to help out in any way that they could.

They sent each of the kids a very detailed letter advising them that they were willing to invest sufficient funds to feed and educate 1,000 kids each year for three years in succession. They also pledged to finance a trip to Zambia so that the kids could visit the schools that received the funds.

Mr Goodman and his wife have invited the kids to meet with him and his wife to discuss future investment plans and ideas when Covid restrictions are lifted.

Needless to say, the children were grateful and delighted with such a vote of confidence from a famous billionaire   businessman and his wife

The kids and the Goodmans have partnered with the charity Mary's Meals. The charity is feeding and educating over 1.8 million children each day in many countries across the world. The charity has a simple operating model namely that each kid that attends school receives a bowl of porridge each day. The charity is nearly entirely funded by supporters initiatives and has low administrative overheads. It costs €18.30 to feed a kid in Africa each year

The charity and the kids have now rolled out the kids website idea  www.presentformyteacher.com across the UK the USA and Canada. It is estimated that in Ireland alone that 95% of the 480,000 national school pupils buy a present for their teacher each year.

The estimated spend for each pupil is estimated to be in the region of €10. The children hope that parents will consider using the website this year to say thanks to their teacher. It is also hoped that parent associations across the country will come on board and support the charity website among their members.

The kids remain hopeful that other billionaires and even mere millionaires from the Lions Den and beyond will follow Mr Goodman's example and invest in their charity website  www.presentformyteacher.com  and Mary's Meals.