One hundred social houses being built in Tullamore 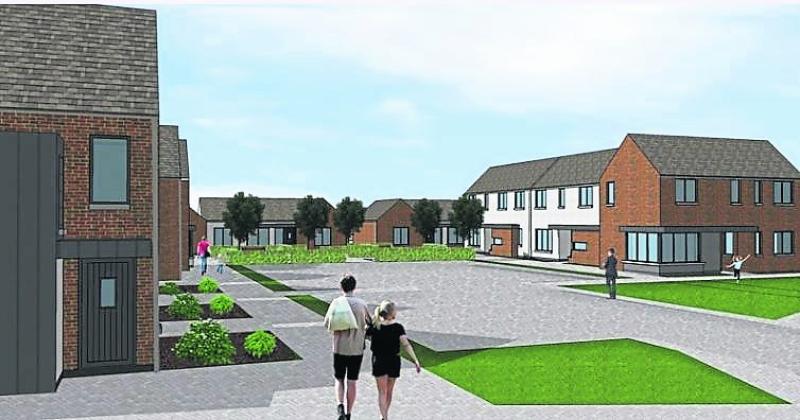 An artist's impression of the Kearney's Field development

THERE are 100 social houses currently under construction in Tullamore, this month's meeting of Tullamore Municipal District heard.

Jackson's Hill off the Rahan Road, has recommenced with 26 houses being built there. Nineteen houses are under construction at Clonminch.

Meanwhile, approved housing body Oaklee are building 41 houses in Kearney's field, Tullamore. This €9.5m development on the Clara Road is expected to house up to 170 people in a mix of one to four-bedroom homes, including two wheelchair accessible houses.

In Mucklagh eight homes are being built. Approval has also been given for five houses at Riverside, Tullamore, but work hasn't begun there yet.

Meanwhile houses approved for Raheen in Clara have passed the Part 8 planning process and according to housing official John Cunningham ''are charging ahead.''

Twenty houses at Dargan Drive, Chancery Lane, which was affected by Covid-19, are now back on track and designs are being planned.

Mr Cunningham said the council has a constant supply of vacant units and pre-lets. Ten vacant units have been completed this year. There are four under construction and three are being tendered. Seven are being prepared for tender.

He recalled a meeting held last year when there were only 14 houses being built.

''It is a good news story that so many are under construction,'' he said.

Mr Cunningham said private developments are also ''flying up''. The council will benefit from these houses under the Part 5 rule which means 10% of private housing developments must be sold at cost price to the council. ''That's how it works, there is a huge amount of negotiations with the builder to settle on a price,'' he added.

He gave the example of the Redwood estate off Clara Road and Hawthorns development on Arden Road. These two estates will have 100 houses each. Offaly County Council will be allowed to buy 10% in each development. That would leave the council with 20 houses.

However, Mr Cunningham said that this is largely dependent on the developer following through on building all of the houses which rests on how many he can sell. Currently there are talks underway to allow councils to buy up 20% of private housing estates.