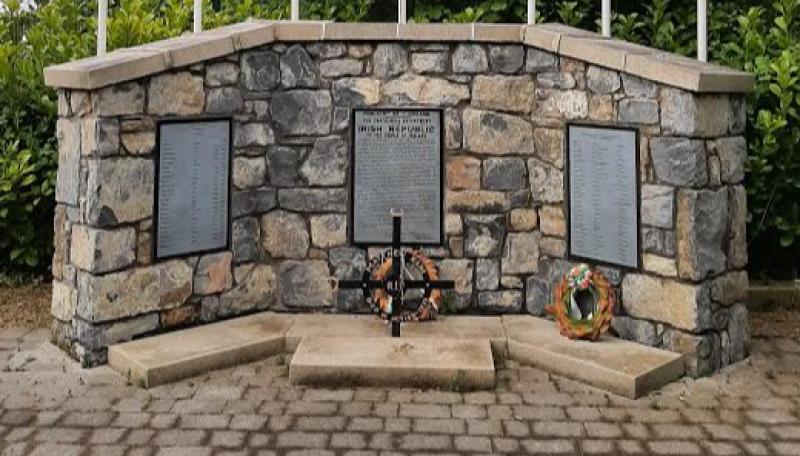 A new €20m shopping centre, which only recently received planning permission from An Bord Pleanala, was headed towards refusal, with a memorial to a dead soldier playing a crucial role in the final decision.

The eagerly awaited Riverside Centre which will be located on Church Road, in Tullamore, was given the green light in the last two weeks having spent well over a year in the hands of An Bord Pleanala. However, it's now emerged that the Board's own inspector recommended that the development be refused on the grounds that when the Matthew Kane memorial at Riverside was erected there was no record of an Environmental Impact Assessment [EIA] report.

In fact the inspector said there was no ''evidence on file to indicate how long the memorial is in situ whether or not it is an unauthorised development or whether or not it has the benefit of planning permission.''

The retention of the memorial formed part of the overall application for the shopping centre development.

The inspector said if a planning application had been submitted to the council for the monument then an EIA should have accompanied it. She went on to quote a section from the planning development act 2000 which states the necessity for such an assessment.

She said the Board was ''precluded from further consideration of the appeal. Refusal is therefore recommended.''

However, the matter didn't rest there and Board members disagreed with her evaluation, describing the Matthew Kane memorial as of ''minor nature.''

The Board said it was satisfied the memorial was of ''cultural heritage significance to the area and that the development would not seriously injure the visual and residential amenities of the area. Furthermore Board members said because of its minor nature it would not have required an EIA in itself.

In addition the Board noted that a comprehensive EIA report had been submitted for the overall mixed-use development and was satisfied, and that to refuse the whole development was not appropriate.

Lieutenant Matthew Kane was a member of Tullamore company, Offaly No. 1 Brigade. He was killed by British forces on April 1, 1921. His body was said to be dumped in Riverside.

Viewing platform to be added to Offaly's historic Acres Folly