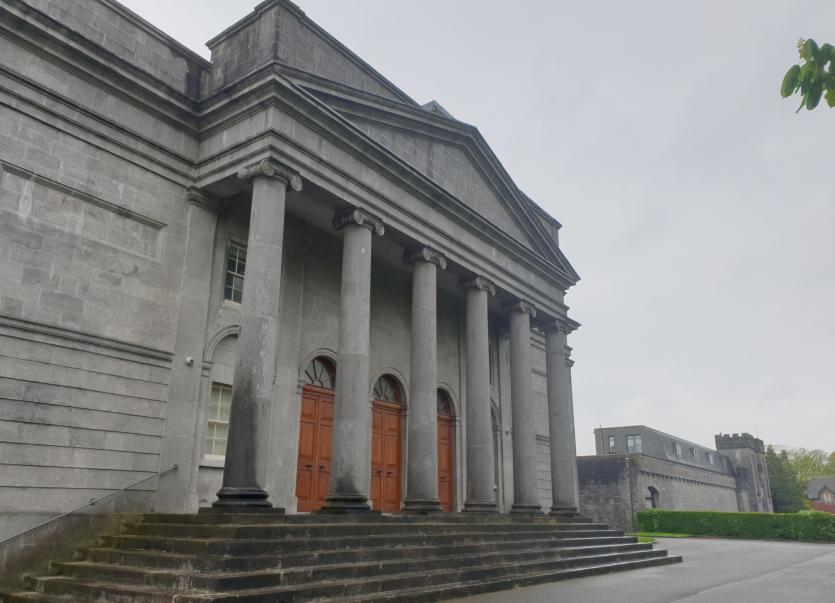 A YOUNG mother has told of the terrifying ordeal she suffered when the father of her child attacked her as she was driving her car near Mountlucas.

Lauren Sullivan told Tullamore District Court her one-and-a-half-year-old son Mason was in the back seat while Jake Krieger, 21, was hitting her on the back of the head and neck.

Jake Krieger, Ticknevin, Carbury, Co Kildare had denied assaulting the 20-year-old at Ballycon, Mountlucas but Judge Catherine Staines found him guilty and sentenced him to six months in prison.

Ms Sullivan said she had driven Mr Krieger to Tullamore on August 18 last year to buy chairs for a new apartment he was living in at the back of his home house.

She paid €536 for the chairs and they arranged that he would pay her back when they returned.

However, an argument started outside the furniture shop and it continued after she had stopped for petrol in Mountlucas and asked him if she had her bank card.

She was “bawling in the car” with her son in the back seat.

“He hit me and told me to drive. My hair was across my face, I could barely see the road as I was driving.”

With her son screaming in the back, they approached a house on the left hand side of the road.

“I said I was going to pull in there and I tried to grab my phone to call 999 and he hit me again and I swerved out into the middle of the road.”

She pulled the car back into the left and began waving other cars down.

“My elbow got caught in the window, he hit me twice in the back of the head, hit me down on the steering wheel, he continued to hit me until a lady got out of a car and came to the window and asked him to get out of the car.”

Ms Sullivan said she had bruises to her neck and eyes and a burst lip from when he was hitting her down against the steering wheel.

Speaking about their relationship, she said the accused had been “very manipulating” towards her and anything he told her to do, she just listened.

“I was like a sheep following him,” she said.

Garda Eileen Newman said Ms Sullivan was very distressed when she arrived and three other females were present.

She brought Ms Sullivan to Edenderry Garda Station and took a statement from her and had photographs taken of her bruises.

Having learned that a safety order was in place, Garda Newman said she went to the home of Mr Krieger that afternoon and arrested him for allegedly breaching it.

He was later charged with breach of the safety order and assaulting Ms Sullivan, causing her harm.

Replying to Eloise Flynn, BL, defending, Garda Newman said she saw the bumps and bruises on Ms Sullivan when she was in the station but did not think it was necessary to call a doctor because the victim's main concern was getting her son home.

Garda Newman also said the other witnesses were canvassed about making statements but two of them said they worked locally in Edenderry and were conscious of repercussions if they did so.

The court was told the victim had been granted a two-year safety order on March 3, 2020 and had broken up with Mr Krieger the October before that.

The young woman said she applied for the order because he was harassing her. He did not turn up in court for the safety order application and when she spoke to him about it later he said he “burnt” the letter.

She had previously been granted a protection order and she had got back in contact with him in May of last year because he wanted to see their son.

Ms Sullivan said while she stayed at Mr Krieger's house the night before the incident in the car, she was not in a sexual relationship with him at the time and never lived there.

She agreed with Ms Flynn that she argued with the accused about another man but she denied assaulting Mr Krieger in the car when she raised her hand to protect herself.

In his evidence, Mr Krieger said that on the day they went to buy the furniture they were arguing about another man and it got so bad that she assaulted him.

“I got out of the car and started walking and rang my ma to collect me,” he said.

When Sergeant James O'Sullivan put it to him that it would be very hard for someone who was driving to assault him, the accused replied: “It happened nevertheless.”

Mr Krieger also told Judge Staines that the bumps on Ms Sullivan's neck and the swelling on her lips were the result of a previous assault by a different man.

He said he had no idea how she would have received bruising to her elbow.

Convicting him of the assault, Judge Staines said she accepted the evidence of Ms Sullivan, saying it had been very clear.

Asked to give a victim impact statement in court, Ms Sullivan said she still felt fear and found it hard to sleep at night.

If she was in her bedroom upstairs and a car drove by she would be “up like a light” to make sure it wasn't Mr Krieger.

“I can barely sleep at night time. I had to go to the doctor's and get prescribed anxiety tablets and tablets to sleep back in November. I stopped them because they were just making it worse.”

She said she would not be able to go out with anyone new: “Since August I've done nothing with my life. It affected me working for a while. I've got a part time job now as well to try and get myself back out there.

“My whole family said to me I haven't been the same person since. I sit at home and I wonder will I ever be with anyone again.”

Judge Staines said she had considered a community service order for Mr Krieger but decided on a prison sentence because he had committed an assault on a young lady driving a car with a young child in the back.

“It could have led to a much more serious incident. I'm satisfied Ms Sullivan was in fear and she was assaulted.”

The court was told he had been disqualified from driving on December 9 last after being convicted of dangerous driving and hit and run at Naas Circuit Court. A six-month suspended sentence was imposed on him.

Ms Flynn said the accused, an employee at Intel who worked there six days a week, had not seen his son since the incident.

Judge Staines dismissed the charge of breaching the safety order because of inadequate proof of service on the accused.

Judge Staines ordered that it be served on him again and if he lodged an appeal against the six-month sentence and then breached the order, he could face another prison sentence.