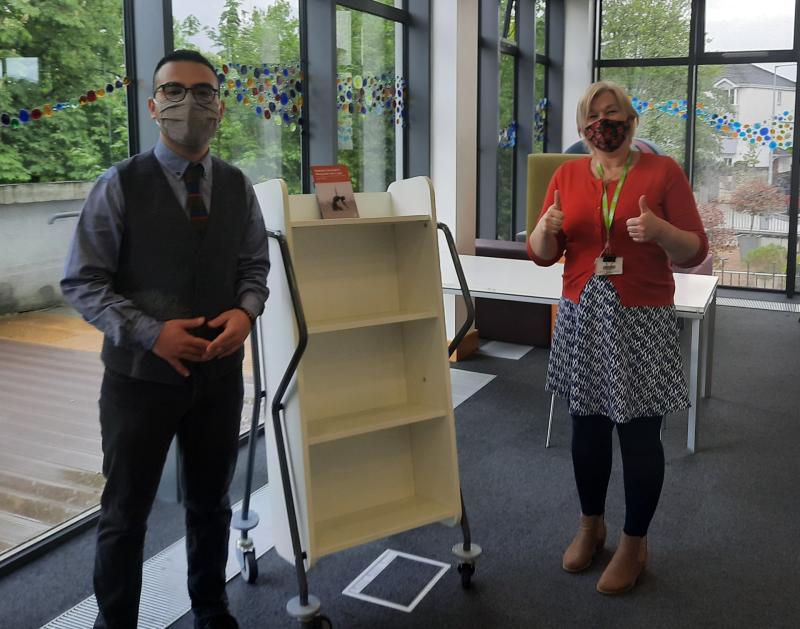 TULLAMORE based Turkish journalist, Cagdas Gokbel has presented a copy of his new book, “The Golden Age of Capitalist Ideology in the Media' to the Central Library in the town.

Mr Gokbel said he hopes the book, which is in Turkish, contributes to the library's “linguistic richness” and that it will be read by Turkish people and those with a knowledge of the language in Offaly.

The Turkish duo fled their native land to seek asylum in Ireland last year and currently reside in the direct provision centre on High St in Tullamore.

“The journalist who lives in Turkey and tries to tell the truth to society cannot think of a good career and life because poverty, death, assassination and the courts will be waiting for him,” Mr Gokbel told the Tribune in an extensive interview last year.

He said he hopes his new book will be a good compass for the reader to “understand and discuss the concept of ideology.”

Over 500 people given Covid-19 vaccine in Tullamore on Monday

TWO FOR TODAY: Support an Offaly business today and every day