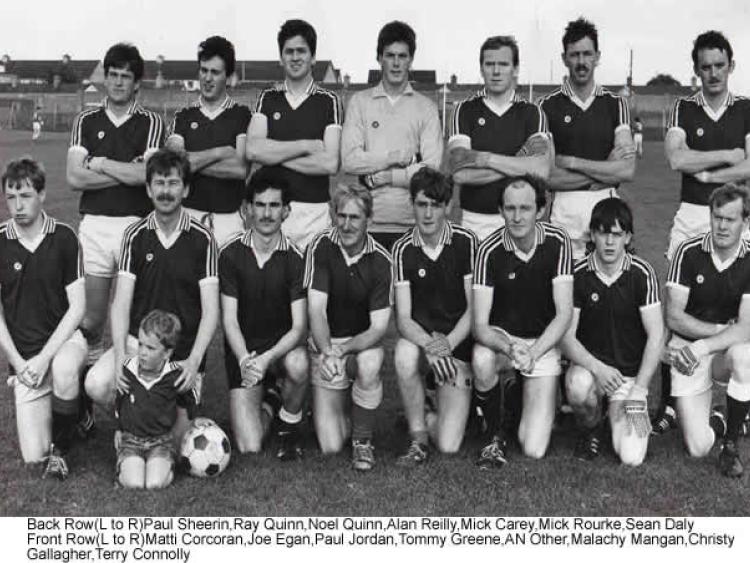 The late Paul Jordan (third from left on front row) on the Daingean team that won the Junior “B” Football Championship in 1987.

Jordan, who died from injuries sustained in a tragic accident last week, scored a crucial goal in their final win over Drumcullen.

See this week's printed Tullamore Tribune for a tribute to the former football and soccer player.

Incidentally, the Daingean team included Tommy Greene, who was an Offaly football hero in the 1960s, winning Leinster senior medals in 1960 and 1961 and playing in the 1961 All-Ireland final defeat by Down.

He had a remarkably long career, playing into the 1990s and an example of his longevity is the fact that he played with the late Joe Quinn in the 1950s and lined out with his sons., Ray and Noel in that 1987 JFC “B” final.

See Tullamore and Midland Tribune for a packed sports section and a tribute to the late Paul Jordan.