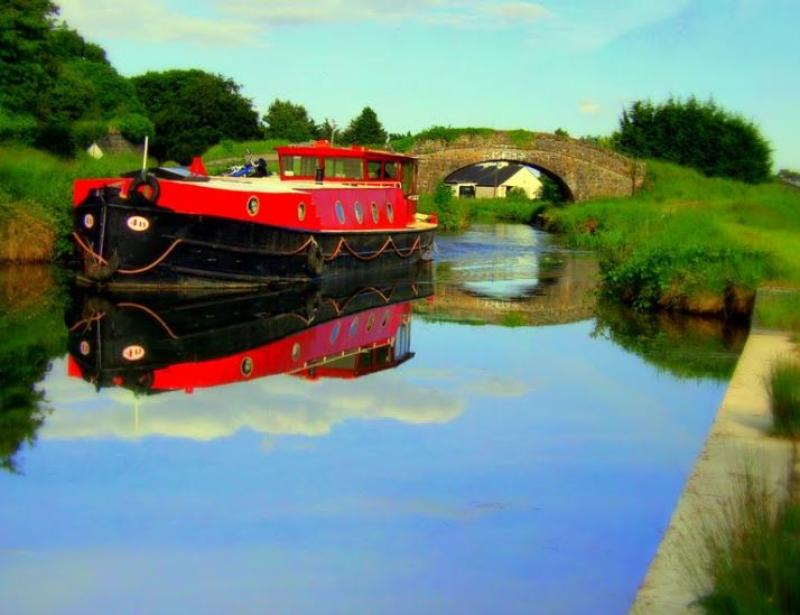 YOUNG people riding motorbikes on the Grand Canal bank are ruining the amenity for everyone else, a councillor has complained.

There were calls for gardai to monitor the use of the canal and place barriers to prevent motorcyclists gaining access to the waterway.

Cllr Noel Cribbin said a lot of people had contacted him about the issue about motorbikes on the canal bank near Edenderry.

“I'm also getting complaints from Tubberdaly in Rhode where the same carry-on is going on,” said Cllr Cribbin.

“It's taking away from what we have there, a fabulous walkway that's being used by hundreds of people. But there's a few people that just continuously come out onto the canal every other evening and they're causing havoc,” added the Fine Gael representative.

He said some €2m was going to be invested in the greenway between Edenderry and Daingean and asked if “some sort of permanent thing” could be erected to prevent access.

“These few people are ruining it for everybody. There's people who are afraid now to go down the canal, to bring their child in a buggy or walk their dog.”

Cllr Mark Hackett said it would be a matter for the gardai following powers announced by Transport Minister Eamon Ryan.

Cllr Hackett recommended that the council consult with the gardai “and get them down there more often”.

“They're breaking the law and the law is the only way of dealing with this. I agree we can put in gates but we don't want to create lack of accessibility for people on bicycles.”

The Green Party councillor said it might be necessary for the gardai to monitor the canal every weekend.

The matter was raised at the April meeting of the Edenderry Municipal District where another member, Cllr Robert McDermott, asked if benches could be placed on the bank between Downshire and George's bridge, even on a trial basis.

“It's getting a lot of use and as it's coming into the summer now it'd be nice,” said the Fianna Fail councillor.

Mark Mahon, council engineer, said it would have to be discussed with Waterways Ireland but added: “I think there's enough footfall to justify it.”