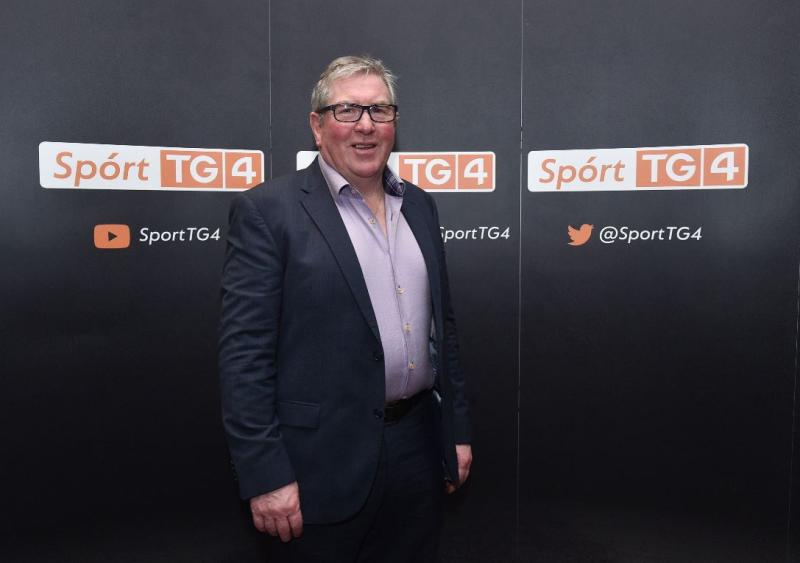 A woman has received a suspended sentence for dangerous driving that left an Offaly GAA legend with serious injuries.

All-Ireland football hero Seamus Darby was praised by a judge this week for his generosity to a woman whose dangerous driving left the Offaly man with serious leg injuries.

A sentencing hearing at Tullamore Circuit Court was told by Detective Sergeant David Scahill that Ms Fox was driving from Portarlington to Tullamore when she veered off her side of the road at 3.30pm and collided head-on with Mr Darby's vehicle.

Detective Sergeant Scahill said conditions were dry at the time and the collision occurred on a long straight stretch of road.

Ms Fox, Mr Darby, two passengers in Ms Fox's car, both of whom were children, and Mr Darby's partner, Maura Maher, were taken to hospital.

Ms Fox pleaded guilty to the offence last month and Judge Johnson today heard evidence in relation to the circumstances of the accident.

He said the case had none of the usual factors such as alcohol, speed, drugs, a series of incidences of bad driving, or a number of serious defects in the vehicle.

By a process of elimination he was satisfied that a momentary lapse on the part of the accused, brought on by her being tired and causing her to drift into a short sleep, resulted in her losing control and drifting to the incorrect side of the road.

He said the Road Safety Authority had on numerous occasions highlighted the dangers of driving while tired and this case amply illustrated how it can happen.

Judge Johnson said he did not fault Ms Fox, stating that everybody with busy lives got into cars without realising exactly how tired they were.

“I know that it has happened to myself on one occasion when I nearly went into a ditch driving from court one particular Friday evening and I drifted off and it's only by the grace of God I wasn't killed,” he said.

He said such accidents happen in an instant but the consequences are profound for all involved.

He did not attach huge culpability to Ms Fox and said the impact on her had been profound because she suffered physical injuries and post traumatic stress.

He said she had expressed huge remorse and had given a heartfelt apology which was accepted by all the victims, in particular Mr Darby.

Mr Darby and one of the children in Ms Fox's car had suffered the most serious injuries. The former Offaly footballer sustained multiple leg fractures and in a victim impact report he said his concern was for all those involved in the accident and he hoped they all made a full recovery.

Mr Darby was not in court but his partner Ms Maher was and Judge Johnson asked her to send on the court's regards.

He prompted laughter in the courtroom when he added: “It's a mark of the man, and a better mark, even, than depriving Kerry of the All-Ireland.”

In addition to the one-year suspended sentence and the four-year driving ban, Ms Fox was ordered to pay €1,500 to charity and Ms Maher nominated the Fr Peter McVerry Trust.

The disqualification from driving will come into effect on June 1 next.

Seamus Darby, 70, scored arguably the most famous goal in the history of Gaelic football, the late winner for Offaly in the 1982 All-Ireland senior football final which ended Kerry's bid for five titles in a row.