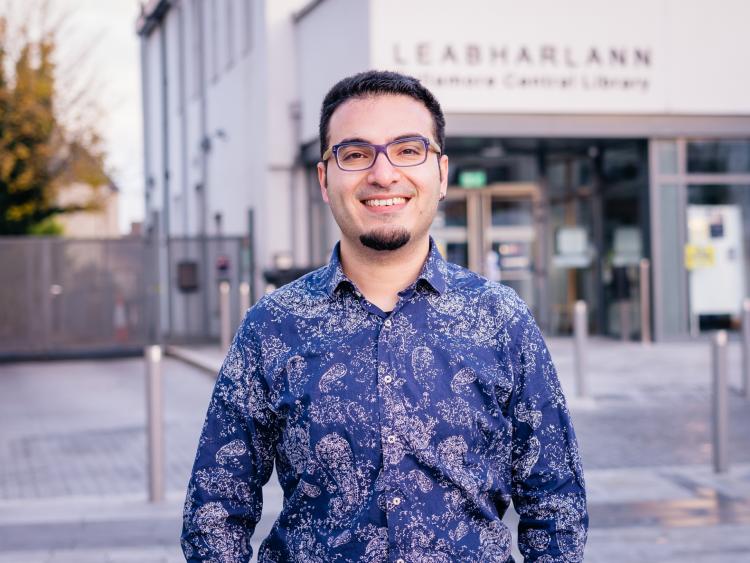 Journalist Çagdaş Gökbel translated into Turkish this interview he conducted with Liam Cahill about the Limerick Soviet and it appeared in SOL newspaper.

THERE are special periods in the history of every nation that are hidden but there are intellectuals who will remind society of these periods that shine light on humanity. Liam Cahill is one of them.

The endless curiosity and childish excitement of the intellectuals are the condition for progressing on this blessed road. The interview you will read is typical of this excitement. Thousands of kilometres away from Turkey, while continuing my research on the history of the Limerick Soviet, I met author Liam Cahill. The moment I contacted Liam, he signed his book and sent it to my address. Thus, while the story of a forgotten revolution is on a long journey at the same time it is coming to life again in the language of a country of 90 million. Sometimes there are events in the history of nations that cease to be local and turn into actions that shine light on the whole world. His book “Forgotten Revolution: The Limerick Soviet 1919” is just one of these powerful acts.

We precisely find it valuable and meaningful to recall this common heritage of humanity under the difficulty of pandemic conditions. Without falling further into the spell of words, I want to share with you the story of Forgotten Revolution. I believe this interview will be the first flare of my research in Ireland. The first flares thrown for the strong bonds between the people of Ireland and Turkey

Q. The Limerick Soviet is a forgotten experience for many people. It is difficult to go after something forgotten and follow those traces. Can you tell us about the similarity of this experience with Soviet socialism and what are its differences?

A: The use of the term ‘soviet’ to describe the stirring events that happened in the city of Limerick in April 1919 started with international journalists who were reporting for newspapers in the United States, Britain, France and other countries. However, it was not a ‘soviet’ in the strict sense associated with Russian communism after the Bolshevik Revolution of 1917. Instead, it was essentially a general strike of a kind that had become increasingly familiar in Europe after the ending of World War One in countries like Hungary, Germany and Britain.

Fourteen thousand workers in Limerick, some led by radical Marxist organisers associated with the Irish Transport and General Workers’ Union (at that time, a syndicalist-influenced trade union), began a general strike against the imposition of military law on the city by the British authorities. The British were trying to snuff out a rising tide of militant Irish separatism seeking independence. The military barricades and a hated Military Pass system, prevented workers from going freely to and from their places of work.

The workers – through their elected representatives on Limerick United Trades and Labour Council – took control of every aspect of life in the city for a period of almost three weeks. They controlled the sourcing, supply, pricing and distribution of food (including from the bakeries) to the city’s forty thousand inhabitants. They controlled transport of goods wthin the city, published their own newspaper ‘The Workers’ Bulletin’ and printed their own currency, which was backed by donations of money provided by supporters of the strike in Ireland and Britain.

Superficially, then, to journalists who sought a quick, easy-to-understand word to use in their reports or headlines, the firm and extensive control exercised by the workers on city life reminded them of the operation of soviets in Russian cities. However, in Russia, following Bolshevik doctrine, the workers and their representatives seized not only control, but ownership as well, of factories, enterprises and rural estates. That did not happen in Limerick. There, the business owners reluctantly co-operated with the dictates of the Workers’ Council but without conceding ownership and the workers did not challenge that position. Nevertheless, when an American journalist enquired if it really was ‘a soviet’, the leaders embraced the term (for propaganda reasons) and answered ‘Yes!’.

Q: Historian Roy Foster says in his book 'Modern Ireland' that Ireland, during the period, would ignite the expected revolution in Europe and such an expectation was high at that time. Could the Limerick Soviet be the first sign of such a revolution?

A: The Limerick Soviet was one of a number of signs of an impending revolution in Ireland but it was not the first and it was not necessarily the most important.

There was, for example, the sweeping victory of the separatist party, Sinn Féin, in the British Imperial General Election of December 1918. The Sinn Féin representatives refused to take their seats at Westminster and, instead, established their own parliament in Dublin, Dáil Éireann. The Dáil met in public for the first time on 21st January 1919. On the same day, members of the re-invigorated Irish Volunteers (later to be known as the Irish Republican Army) killed two policemen in an incident in county Tipperary, not too far from Limerick city.

In turn, the events that led to the Limerick Soviet began with an incident where a policeman was shot and another wounded during an attempt by the Irish Volunteers to rescue a prisoner. The British authorities were concerned about the increasing number of attacks on policemen and their barracks in the early months of 1919 and that explains the imposition of military law on Limerick City.

So, the Limerick General Strike Against British Militarism (to give it the official title used on its currency notes) was just one of a number of important steps in early 1919 in the evolution of the struggle to separate Ireland from Britain.

Q: When I reviewed your book, I realized that we shared the same feelings about Ireland. Whether it was in Dublin, Cork or Tullamore, I always felt Connolly's spirit on the streets. However, this situation showed a profound difference when it came to society itself. Putting aside the devastating impact of the civil war, where are all these people who have built strong networks of solidarity now?

A: Throughout the years 1919 to 1923, the militant workers and their leaders who followed his teaching and example, struggled hard to establish James Connolly’s vision of a Workers’ Republic. They did so through a series of general strikes, enterprise occupations and seizures of big estates of land. They were opposed at every step – sometimes with extreme violence – the British authorities, by bourgeois Irish separatists and later by both sides in the Irish Civil War.

The Irish Free State, established by a Treaty signed with Britain in December 1921, was a bourgeois, conservative state, dominated by Catholic employers and professional classes. It was an agrarian, mainly food producing economy with little heavy industry. The trade union movement was greatly reduced in size and influence by the economic recession of the 1920s in Ireland and its leadership turned away from revolutionary, syndicalist activities and embraced parliamentary and electoral activity. Thus, the revolutionary impetus of the years 1919 to 1923 fizzled out and did not spark again until the mid 1960s, in common with many other countries in the Western world.

Q: After the first world war, there was an epidemic of Spanish flu. The Limerick Soviet coincides exactly with this period. Now humanity is struggling with a global epidemic again. Considering what happened in the past, can we say that we are on the brink of an era of revolutions again?

A: I am afraid I do not think so. Or, if there is an era of revolutions it will be more subtle, more nuanced than what we saw a century ago.

Traditional communism disappeared after the demise of the Soviet Union in 1989 and the ideal of creating a modern state-owned and controlled by its workers and peasants, through a leading revolutionary party, went with it. China is a ‘communist’ country in name only. In reality, it is an authoritarian capitalist society, of a kind that we see taking hold in some other countries. There is no single country left that acts as a beacon to workers througout the world.

On the other hand, capitalism continues to evolve and adapt. So much of work today is atomised and individualised by advances in information and communications technology that it is difficult to discern a sense of ‘class’ in the traditional, Marxist sense. The pandemic has accelerated these negative trends. Many more workers are now working remotely so that even their hitherto limited sense of being part of a ‘community’ of workers with the same employer is further diminished.

The whole situation is made much more challenging by the evolution of powerful US-owned social media oligarchies like Facebook, Google, Twitter etc which have been allowed to rise above the power and capacity of nation states to control and regulate them, either financially and in terms of corporate taxes as well as libel and ‘fake’ news. Even the European Union and the OECD are struggling to curb their power. They have ousted traditional, mainstream media – - particularly among people aged below forty years of age – and have provided a safe haven for all kinds of extremist ultra Right ideologies to flourish. Indeed, Trump enthusiastically encouraged the outpouring of ultra Right and anti-democratic propaganda on social media and many people – alienated by latterday capitalism - have succumbed to ultra Rightism.

For Marxists and Leftists, the response must be to continue to hone their critical analysis and champion progressive and democratic forces wherever and whenever they struggle against this ‘new’ capitalism. It requires patience and pesistence, but inspired by what our grandmothers and grandfathers did in their their day, revolutionary change can be achieved. We must continue to point out that while the superficial forms and superstructure of capitalism have changed, the underlying class conflict remains, stronger than ever.

Q: We are going through a dark period with crises, wars and massacres increasing. All this history we are talking about really gives us hope; it reminds humanity of resistance and solidarity. What message would you like to convey to Turkish and Irish readers who have deep concerns about the future?

A: For us today it seems – it is – a dark period. But, remember, when our grandparents embarked on their revolutionary roads the present and the future looked dark to them also. Darkness is not a reason, or an excuse, to do nothing. Planning and action dissipates darkness. Continue to plan and act according to your principles and you will find a way through this darkness.

Note: Liam Cahill tells the full story of the working-class revolution in Ireland in the years 1919 to 1923 in his best-selling book ‘Forgotten Revolution, The Limerick Soviet 1919’. If you’d like to buy a copy, email the author liamcahill@gmail.com The cost is €20 including postage to anywhere in the world.