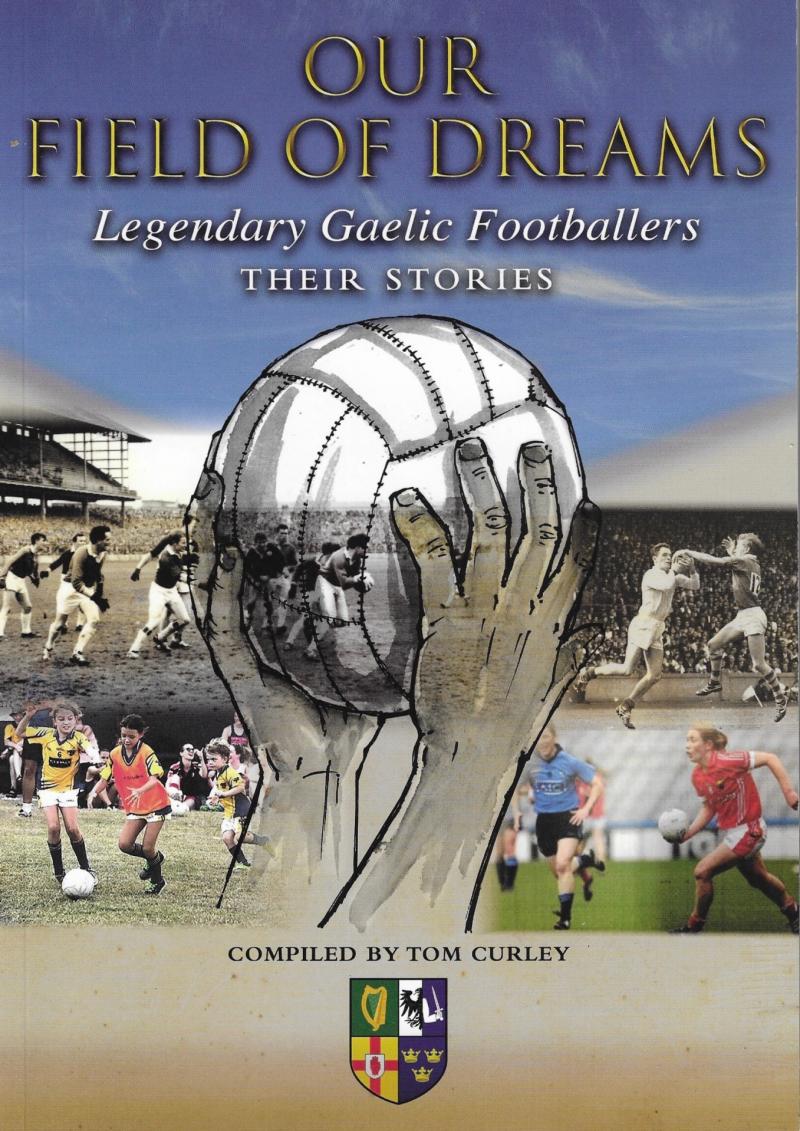 Four Offaly football greats have penned chapters for the book

This fascinating book feature the stories of a host of football greats from across the thirty two counties stretching back over the decades.

Clubs and associations from the U.K and as far distant as south-east Asia, Canada, and United States have also highlighted their activities and progress in their adopted lands.

Ladies Gaelic Football – LGFA – its origins and development is also comprehensively covered with stories from a number of its former stars, while a legendary referee offers an insight into his involvement in ‘a funny old game’.

Laced with a rich mix of drama, passion, humour, and, indeed, a touch of sadness, alongside archival material, other memorabilia and photographs, those icons of the sport – so well remembered and many known to us – tell their individual stories with a measured quality of the myriad of ways Gaelic football has shaped their lives.

The 180-page full-colour publication, skilfully compiled by Roscommon native, freelance correspondent Tom Curley, makes for powerful reading across Gaelic sport at all levels and all ages.

The launch, deferred due to the pandemic, will take place when restrictions are eased.

Seamus Darby reflects on growing up in the famous club and parish of Rhode, dreaming of wearing the green and gold of the club and hoping, in later years, donning the famous green, white and gold of his native Offaly.

He reminds as a young lad, his football heroes from his own club, other heroes of his were Mick O’Connell of Kerry and Jack Kenna of Laois.

He recalls his time playing under-16, minor and under-21 with Rhodes and at the young age of sixteen, the excitement of being selected as a sub on the club’s senior team against Daingean in 1967.

Progressing to the senior panel, he was on the county subs bench for the All-Ireland final in 1971, when Offaly beat Galway, capturing an All-Ireland medal the following year, beating Kerry by nine points, Seamus scoring two.

When revisiting his famous goal in 1982, beating Kerry, Seamus reminds that it was the only All-Ireland final that two brothers as subs were brought on and won. Stephen, the first called by manager, the late and great Eugene McGee.

Paddy McCormack recalls the great passion and tradition of football in Rhode club, remembering his first introduction to the game was from two greats, Paddy and Mick Casey, and winning his first county senior championship with the club in 1956, and being the first captain to win back-to-back championships in 1966 and 1967.

On the county senior panel, after losing to Down, in the 1960 All-Ireland replay and beating the Mourne men, in the 1961 decider – Offaly’s first, was the highlight of his football career. He fondly regales on the team’s visit to New York in the 1960’s which he labels ‘the trip of a lifetime’ to play in a two game series which they won. Meeting one of the world’s greatest heavyweight boxers, Jack Dempsey, and dining in his famous restaurant was a memorable occasion.

Growing up in Ferbane in the 1960’s Sean Lowry holds fond memories of the town being full of children playing football for hours in the evenings and only going home when hungry. Looking back now, it was an idyllic time, he writes – a simple life.
His father brought him to Croke Park for the first time to see Offaly and Down in the All-Ireland final in 1961 – watched by th4e largest crowd ever – 90,556. The experience and seeing Croke Park for the first time – the vivid memories stay.

Playing in the national stadium with Offaly minors in 1969, was his historic day and the throw-in of a wonderful sporting journey. He was part of the Offaly senior teams of the 1970/1980’s winning three All-Irelands. Sean Lowry’s advice to all young players is belief, confidence and the ability to perform under pressure. He cites Greg Hughes, Mick Barry, Sean Brierton, Mick Casey and Paddy McCormack as Offaly’s greatest footballers of the time.

1982 All-Ireland winning captain, Richie Connor recalls the celebration on the return home to Tullamore after their historic win, where the ecstatic Offaly supporters were joined by revellers from neighbouring counties.

He regales at length, on the team’s visit to the three schools, Walsh Island, his own parish – Bracknagh and Cloonbullogue – a teacher himself in Mountmellick – where there was an outpouring of young excitement at the sight of the Sam Maguire Cup, meeting with the players, the scramble to drink seven-up from the Cup and getting autographs in their copybooks.

Richie, in his excellent article, assures that Sam Maguire could tell many stories from his time and travels throughout the faithful county, and hopes it may continue to command such reverence in the Irish psyche.

To obtain a copy of book - call 087-6739799 or email legendarygaelicfootballers@gmail.com