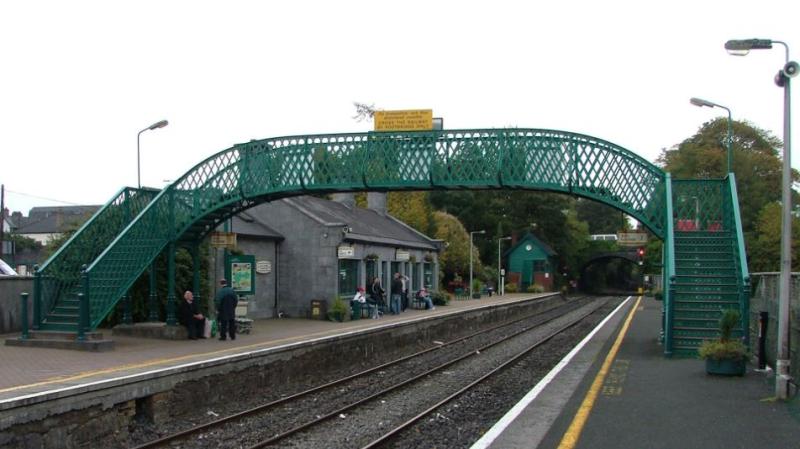 The railway station in Tullamore

THE installation of a new heavy duty stainless steel electric traction lift at Tullamore Railway Station has been welcomed by Cllr Declan Harvey who has long campaigned on the issue.

“I've been on about the lift for years and it's great that it is finally being replaced,” said Cllr Harvey paying tribute to Offaly County Council staff and members together with Deputy Barry Cowen for their help on the issue.

But Cllr Harvey said he was concerned with staffing issues at the station and noted there were very few on duty at weekends.

He also expressed fears that staff members will not be replaced when retirements occur in the future.

The public representative said the station needed to be manned to provide tickets and services to people who did not use the ticket machines.

And Cllr Harvey called for a Station Master to be appointed to Tullamore rather than having it under the remit of Athlone, which, he claimed, was a quieter station.

The new lift was also welcomed by Junior Minister Pippa Hackett who said: “It’s really good news that Tullamore railway station is to get a new lift before the end of the year. Rail travel should be accessible to all and it’s important to have good function lifts for people with disability, for the elderly,   and for any passenger trying to make their way with heavy luggage or a young child in a buggy. Tullamore station is to get a  new heavy duty stainless steel electric traction lift which will make travel more user-friendly in the future.”

Iarnród Éireann said that the 2021 programme of investment in lift and escalator replacement and upgrade will benefit passengers of reduced mobility at 22 stations, with two further stations seeing the introduction of new lift facilities being designed and planned.

The upgrade of lifts in train stations is a key step towards making public transport accessible for all. Lifts which are out of service can significantly impact the ability of persons with reduced mobility to access services.

The 2021 programme will comprise an investment of €5.8 million, funded by the National Transport Authority, which includes the boost in Budget 2021 of an additional €2 million allocation from the Department of Transport allowing for acceleration of the programme.