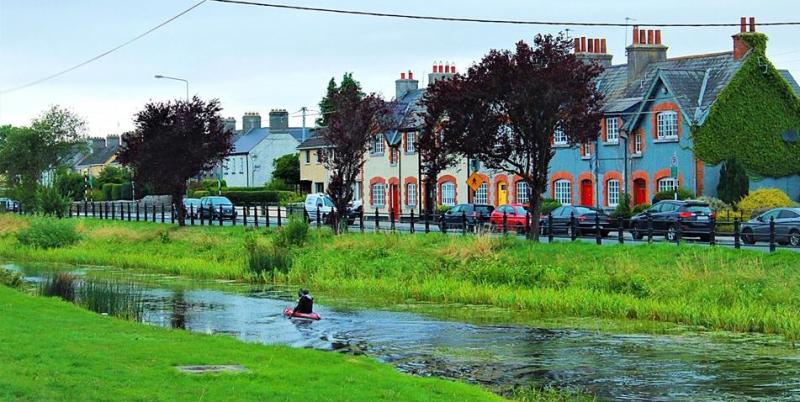 Parking problems are being experienced at Convent View along the canal

A PLAN to allow parking for residents only on a popular walking area beside the Grand Canal in Tullamore has been mooted by a local councillor.

Cllr Tony McCormack said residents of the Convent View and Callary St areas along the Grand Canal Greenway in Tullamore were unable to park their own cars outside their homes because of walkers parking their vehicles there.

He said the way to ensure parking in that area was for residents only was through a permit system.

“In that way there would be permanent parking only for people who have permits,” outlined Cllr McCormack at this week's meeting of Tullamore Municipal District.

Director of Services, Tom Shanahan said the issue around parking along the Greenway was being looked at by the council.

“These are issues which are going to be addressed,” promised Mr Shanahan.

Cllr Ken Smollen also highlighted problems with parking at Digby Bridge in Cappincur and claimed farmers were having difficulties getting tractors and trailers over the the bridge due to parked cars.

He asked if temporary parking spaces could be put in place and said problems were also being experienced in Ballycommon, outside the Tullamore Municipal District area.

Area Engineer John Connelly revealed the council had carried out some work at Sragh, another area on the Greenway in Tullamore where there are parking issues.

He said he had no definitive answer on the Digby Bridge issue.