Offaly plans to mark anniversary of War of Independence 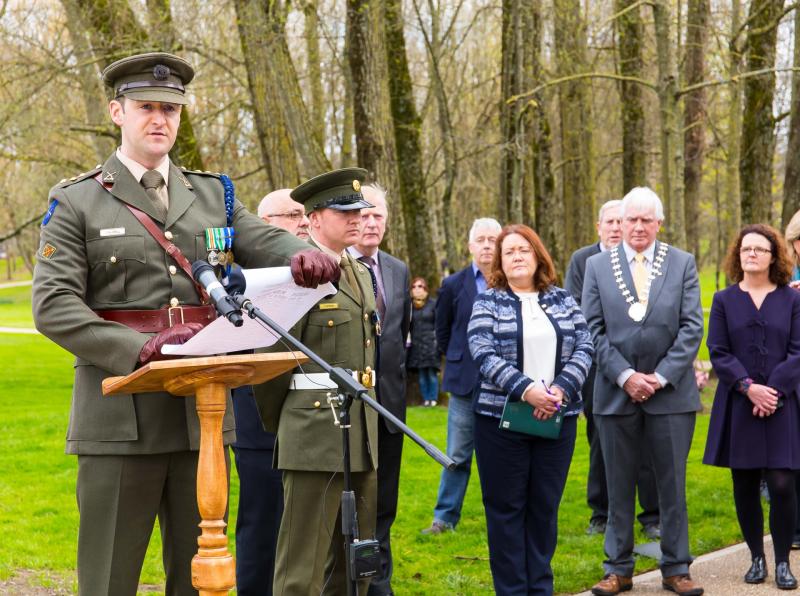 A PROGRAMME of events should be put together to mark important one hundred year anniversaries of milestones in history in 2021 including the drive for independence, the second Dáil and the Anglo-Irish Treaty.

Cllr Liam Quinn said that a sub-committee should be established to oversee the programme similar to the group which co-ordinated events to mark the centenary of the 1916 Easter Rising.

Speaking at the January meeting of Edenderry Municipal District, the Fine Gael councillor said the 1916 sub-committee had been composed of representatives of the different political parties and “everything was agreed in advance and above board.”

“There were no banana skins,” he added.

Cllr Quinn recalled the 1916 committee had its own budget and consulted with local historical groups and schools about its programme of commemorative events.

“That [the 1916 commemorations] was not particularly sensitive but in 2021 we are going into a lot of significant dates,” he stressed.

Cllr Quinn added the period had a lot of significance for the north Offaly area due to important figures in the struggle for independence such as Daniel Hoey and Eamonn Bray connections with the area.

He asked that the council's management team prepare a report for the February meeting of the body.

In 2016, Offaly County Council oversaw an impressive number of commemorations at various locations in the county.

Relatives of Offaly people who took part in the Easter Rising and the Tullamore Incident, seen as a prelude to the Rising, were among the thousands who attended the Offaly 100 1916 flagship commemorative events at the Courthosue and on William St in Tullamore in April 2016.

The events, organised by a special sub committee of the council as part of the official State commemorative activities, included the laying of a wreath at the Monument outside the County Courthouse in Tullamore, a candlelit procession through Tullamore, the unveiling of a flagstone to mark the Tullamore Incident and a commemorative concert in the Church of the Assumption.

The then Cathaoirleach of Offaly County Council, Cllr Eamon Dooley, speaking at Courthouse, explained: “These events mark the centrepiece of our celebrations in Offaly of the centenary of the 1916 Easter Rising. Offaly 100 is also our local response to Ireland’s journey towards peace, reconciliation and equality over the past one hundred years.”

The Chief Executive of Offaly County Council, Anna Marie Delaney, also speaking at the Courthouse, extended the gratitude of the organisers to all those who had assisted in any way with the commemorative events.

Among the dignitaries present at the ceremonies were local Dail Deputies Marcella Corcoran-Kennedy, Carol Nolan and Barry Cowen and former Taoiseach Brian Cowen.

Meanwhile, the story of the Tullamore Incident, was charted by the Michael Byrne, Secretary of the Offaly Historical and Archaeological Society, at William Street following the candlelit procession from the Courthouse.