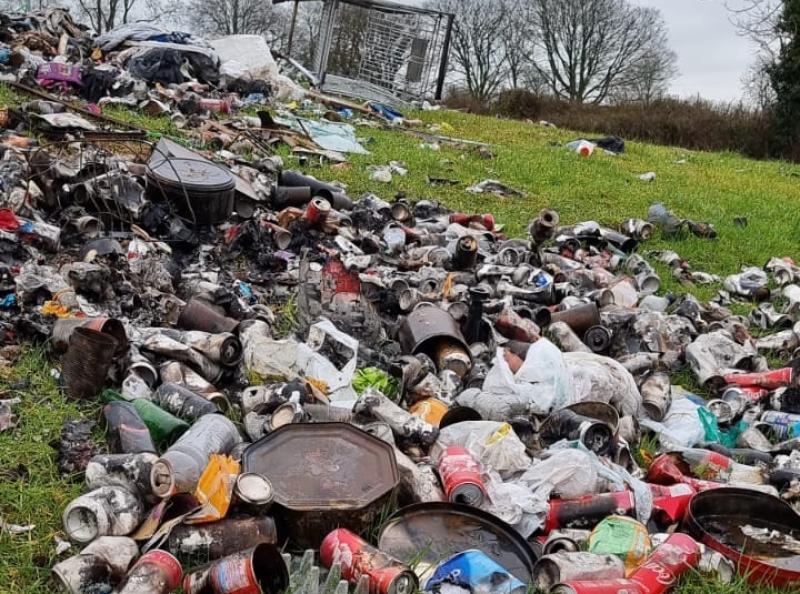 RESIDENTS of a housing estate in Tullamore have written to local public representatives demanding action on anti-social behaviour and related issues.

In the submission sent to councillors and TDs, residents of Church Hill say there are “significant anti-social behaviour problems within the estate”.

“There is excessive noise especially during night time hours where residents are unable to sleep due to the activities ongoing in certain sections of the estate, including loud music and general noise making,” outlines the statement.

It also alleges that there has been damage to cars and windows of houses in the estate.

Addressing problems relating to Covid-19 restrictions, the residents claim there is extensive movement of people who are not residents into the estate which is creating a higher risk of the virus spreading.

They also maintain that there has been a “huge increase” in the number of caravans which are occupied.

The residents call on public representatives to raise the issues they have highlighted with council officials, the council's environment section, the Gardai and litter warden.

“This matter has been ongoing for a long time and is starting to become a permanent situation to the long term detriment of Tullamore and the residents of the estate,” outlines the submission.

It concludes; “It would be worthwhile to see if the local councillors of all parties could take a stand on this issue.”

Meanwhile, a resident of the Chancery Lane area has also contacted the Tribune concerning the large volumes of rubbish which are being dumped on the green area there.

It is understood that the matter is being investigated by the litter warden and that council officials visited the area and Church Hill in the past few days.

Referring to the Chancery dumping, Cllr Declan Harvey appealed to the environment section of Offaly County Council to take action.