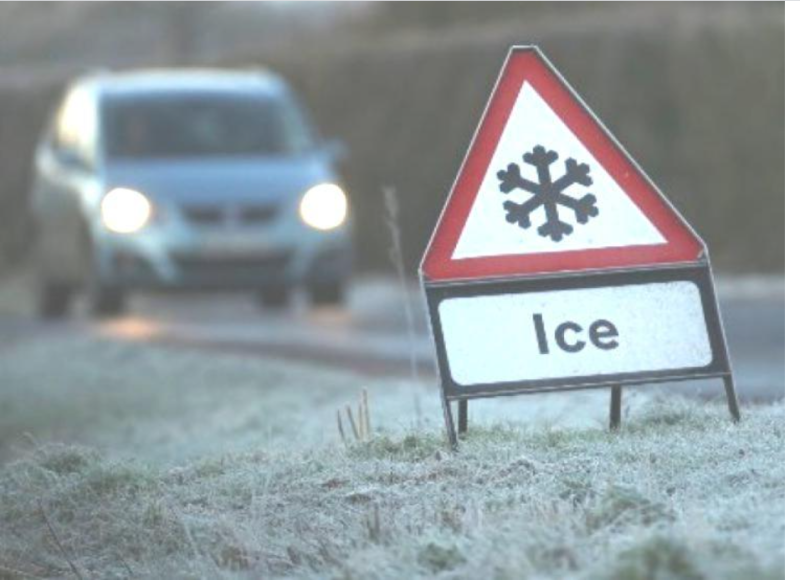 With more wintry weather forecast for early this week, the gritting of roads will become a topic of conversation among many.

At this month's Tullamore Municipal District meeting councillors discussed the recent cold snap with some believing not enough areas are being covered by the road gritters.

Councillor Declan Harvey maintained that the new wider footpaths in Tullamore meant the edges were being missed and left very slippery.

''A few places in town were very bad. Ballydaly Hill, the crossroads of Park Avenue, Davitt Street, Callary Street and Dillon Street. There is a bad bend from Park Avenue into Thornsberry Estate and it was treacherous and needs to be done,'' he said.

Councillor Frank Moran said gritting was ''of huge concern in Clara.'' He said Clara is missing out because a council worker from the town had retired and hasn't been replaced.

''You are sending out people on an ad hoc basis to do different places, he said to County Executive Engineer John Connelly. ''We have to look at the possibility of getting someone back into Clara to assist with the different issues that arise,'' stressed Cllr Moran.

''I was just wondering about housing estates and slippy paths and the elderly people. Would it be possible to provide grit for housing estates? A lot of residents would be prepared to do the work themselves if the grit was provided,'' said Cllr Smollen.

Councillor Sean O’Brien agreed, saying ‘’gritting was a huge issue. If we could involve local communities, if they could have a supply of grit that they could use themselves,’’ he added.

Responding, John Connelly commented that there were two weeks of sustained low temperatures. He said gritting took place on the main routes in the early evenings and early mornings. However, he pointed out that most days there wasn't a proper thaw so people may not have noticed the gritting.

In response to Cllr Frank Moran’s concerns in Clara, he said ‘’manning is down and it's not down to retirees. We have people out on long term sick leave. There is a recruitment programme ready to go for outdoor staff, in the meantime I have no option but to use people where I can.”

In answer to Cllr Smollen’s question about people gritting their own areas. Mr Connelly said he would have to defer to the roads department.

”There may be issues about people gritting roads. There is a policy issue, we can supply salt to schools but where it's a public road I’m not sure about insurance I will raise it with the CEO,’’ he said.

In relation to the salting of local areas, Mr Connelly pointed out that these were outside the main salting routes which is a county-wide programme and has ''to be fed back through the Department.''

''We had some extraordinary conditions, but generally speaking to increase the routes is a bigger question and needs a lot of consideration.

He added that the Railway Bridge in Clara, might be one area that could be added to the list.