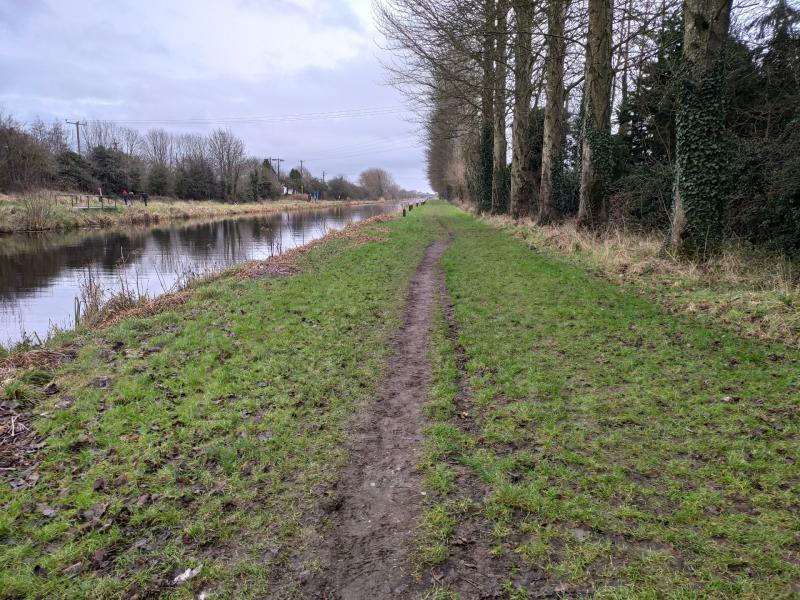 At last week's Tullamore Municipal District meeting, Councillor Tony McCormack described as "an eejit" a person using a scrambler motorbike to ride up and down the grassy side of the grand canal in Tullamore from the Whitehall Bridge to Digby Bridge.

"They have ripped up the whole area and it's made it impossible for the people to walk on that side of the canal because of all the muck it has created. I live along the canal and I've heard the scrambler in action. I hope the gardai got him. If people see them will they ring the gardai, because it's ruining an amenity that we have. They think they are clever, but all they are doing is ruining it for other people," remarked Cllr McCormack.

On a related issue, Cllr McCormack commented: "We have a fantastic amenity along the canal - the greenway, and it's a victim of its own success. I’m using it quite a bit myself for running and walking and I find in the evening and weekend there are hundreds of people on each stretch of the canal.

Cllr McCormack asked people to park at the Daingean Road, car park and walk to the canal. "It's a huge success and compliments to the council and the people who thought about it in the first place," he said.

In response the Director of Services, Tom Shanahan said: "It is fantastic that the Greenway is getting so much use. That's what it's intended for. Eventually, that route will extend from Shannon Harbour in the west right up to Dublin.

"At this stage we have part 8 planning for the entire route from Edenderry to Shannon Harbour. Tullamore, the attractions and facilities along the grand canal which will include parking, is obviously very central in that.

"One of the next phases is the urban section which will go from Convent View through Bury Quay over to the Clara road and Srah area. It's a more expensive piece; a different funding stream and will have some more phases to go through. The intention would be that people would come into the car park in town and walk out from there, Some will have to drive to use it.

"We will be looking at all the amenities and along the canal in due course. That's very much in hand. I’m disappointed that there has been some unsatisfactory use, it's not intended that there would be any motorised vehicles used on the route, it's entirely for pedestrians and cyclists,’’ stressed Mr Shanahan.