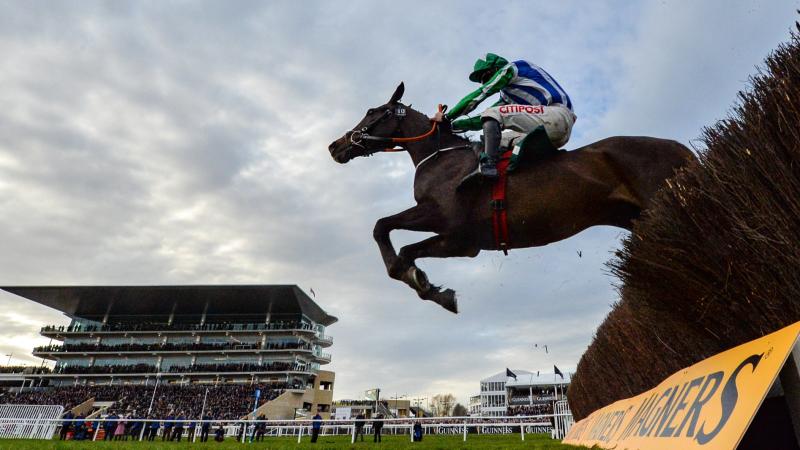 The Cheltenham Festival is as much an Irish institution as it is a British one. Whether it's the big-hitters like Willie Mullins and the Riccis, Gordon Elliott and the O'Learys, or the smalltime Irish trainers and owners with the horse of a lifetime, a ticket to Cheltenham is the holy grail.

That ticket is now far more expensive in the post-Brexit era with owners facing VAT bills if bringing horses from Ireland into the UK for any race meeting.

That's according to a report in the Racing Post where Irish training supremo Willie Mullins is quoted as saying VAT bills required stand at 19% the value of the horse itself. Irish-owned and trained racehorses are among the best in the world and often fetch sums far-exceeding six figures. That means VAT bills for owners could extend to tens of thousands, or hundreds of thousands for those with multiple horses.

Almost 200 Irish horses cross the Irish Sea to compete at Cheltenham every year with the Prestbury Cup tally of Irish vs British winners a running commentary thread throughout the week in Gloucestershire. That could become a foregone conclusion in future years if these mounting costs exclude some Irish runners.

Speaking to the Racing Post, Willie Mullins explained that the VAT charges are refundable but could take months to be returned, meaning the financial burden, although temporary, could result in some owners revising plans of a Cheltenham raid with their horse.

"I'm told we have to pay 19 per cent of her value in VAT and we mightn't get that back for three months so that would be a bit of a worry," the Carlow handler said.

He said the sums of money involved would have to be "colossal" and he doesn't believe it is sustainable, adding, "there has to be a better mechanism in place for Cheltenham."

Cheltenham Racecourse owner, Jockey Club Racecourses, told the newspaper that they are working on finding a solution since becoming aware of it. Nevertheless, the situation for the 2021 festival, due to take place in March, is very much uncertain for Irish connections.

Avenues being explored for possible solutions by Jockey Club Racecourses include "working with the various authorities, including Horse Racing Ireland, to seek to resolve financial burdens."

In response to our requests, a spokesperson for Horse Racing Ireland said: "Ireland is the world’s largest exporter of thoroughbreds, as well as having some of the best horses in training in the world. Anything that impacts on the movement of horses into and out of the country or impinges on that trade was always going to cause great concern, which is why we have consistently spoken about the great difficulties that Brexit would cause for Ireland’s racing and breeding industry.

"VAT is one of a number of issues that have already arisen for both horse racing and breeding, as in many other industries. Horse Racing Ireland is working with the relevant bodies, both here and in Britain, to deal with the consequences of the new environment which follows their departure from the Single Market and the Customs Union," they concluded.