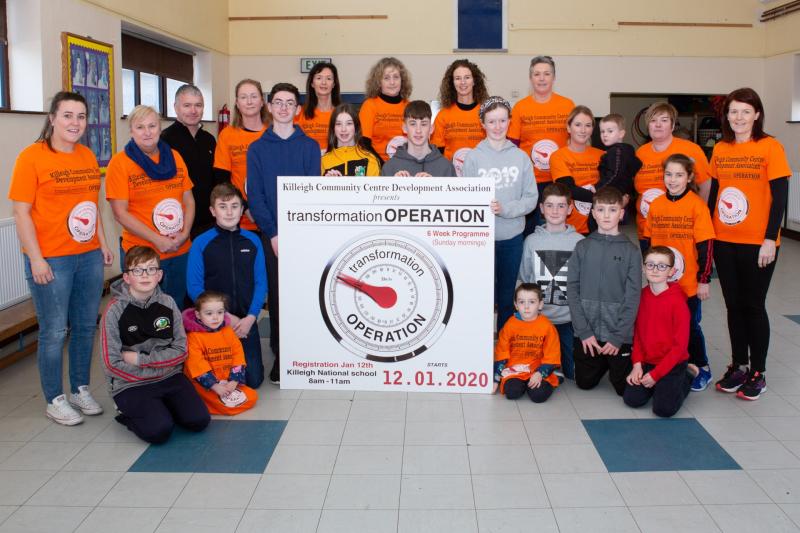 POLITICIANS have welcomed the allocation of €800,000 to communities in Offaly under the Town & Village Renewal scheme.

Six areas will receive €100,000 each - Pollough, Mucklagh, Cloneygowan, Daingean, Mount Bolus and Kilmalogue (Portarlington) while Ferbane has been allocated €200,000.

But annoyance has been expressed by people in Killeigh at the failure of an application to secure funding for the development of a new community centre in the village on the site of the old Macra hall.

“Killeigh missed out this year on this significant funding which would have allowed them to  commence work this year despite having lodged an extensive application and being recommended by Offaly County Council,” said Martina Gorman, PRO of Killeigh Community Centre Development Association.

“This now puts their current plans in serious jeopardy with a significant risk that the hall will remain in its current dilapidated state unless they can secure further funding,” she added.

Continued Ms Gorman: “Their plan now is seek advice from the relevant bodies and to enlist the help of local representatives in the coming weeks”

Full details of the planned works in areas under the scheme are as follows:

Pullough: Enhance public realm including upgrading footpaths, lighting and signage to improve accessibility to the Cycle Cafe from the Grand Canal Greenway.

Cloneygowan: Enhancement of Fair Green area, including the provision of a safe outdoor gathering space and to regularise car parking around the green.

Kilmalogue, Portarlington: Public realm enhancement of the town including the upgrading of footpaths, landscaping seating, improved parking and upgrading of a pedestrian crossing.

Welcoming the allocation for works at Brocca Road in Mucklagh, Cllr Neil Feighery said safety improvement works were much needed there.

“I made this project one of my top priorities during my local election campaign. I have ensured that the urgent need for this project was kept on the agenda at every opportunity,” he added.

Cllr Feighery said “The design scheme needs to be finalised in consultation and cooperation with the local landowners. The plans provide for the widening of the road at the top of the junction and a new footpath will be constructed towards the GAA pitch and new street lighting will be provided. A pedestrian crossing will also form a key part of this project.”

Cllr Owens is chairman of Mountbolus Development Association whose members are looking forward to a facelift for the village including under grounding of electrical cables, landscaping and general improvements. The funding comes on the back of a similar grant last year. “It is hoped that the works will commence as soon as is possible (Covid permitting),” he outlined.

Added Cllr Owens: “The exit from the Brocca Road to the main road in Mucklagh has long since been an accident waiting to happen so it is very welcome that village renewal funding has been allocated to finally sort out this problem. Myself and other councillors have been lobbying for this  safety measure for some time and we met some local residents on the site in the last year. I expect that the initial figure of €100,000 will be increased  by matching funding from Offaly County Council and a Municipal District allocation.”

The funding for Mountbolus was also welcomed by Cllr Feighery who recalled “the public consultation held before Christmas in Killoughey Community Centre which saw the ambitious plans displayed.”

“From my discussions with the Senior Executive Engineer, this vital second tranche of funding will allow the two phases to be now completed at the same time.”

“This funding will make a huge difference towards the renewal and regeneration of our local village,” stressed Cllr Feighery.

“The plans will be brought before the January meeting of Offaly County Council and if approved this project can move to tender stage. All of the overhead electricity and telecom wires will be undergrounded and an ambitious new streetscape to include footpaths and street lighting will be provided,” outlined the councillor.

Cllr Declan Harvey said he had been campaigning for works at Brocca Road for over four years and met with residents and members of Shamrocks GAA club to discus the issue.

“Brocca is a dangerous junction for both pedestrians and motorists and a plan can now be drawn up through consultation with residents,” said Cllr Harvey.

He also welcomed resurfacing works carried out at Glaskill in the past week.

“I have consistently highlighted the importance of this funding scheme to enhance our central spaces and bring social and economic activity to all our towns and villages, and I would encourage all community groups to engage with Offaly County Council to draft submissions in anticipation of future phases under the scheme,” outlined Cllr Clendennen.

Deputy Charlie Flanagan said the “funding is extremely welcome news for rural Offaly. I congratulate the community leaders and volunteers involved in these projects and expect more approvals later in the year.  These initiatives represent excellent value for money and will ensure smaller towns and villages across the county are more attractive and sustainable places in which to live.”