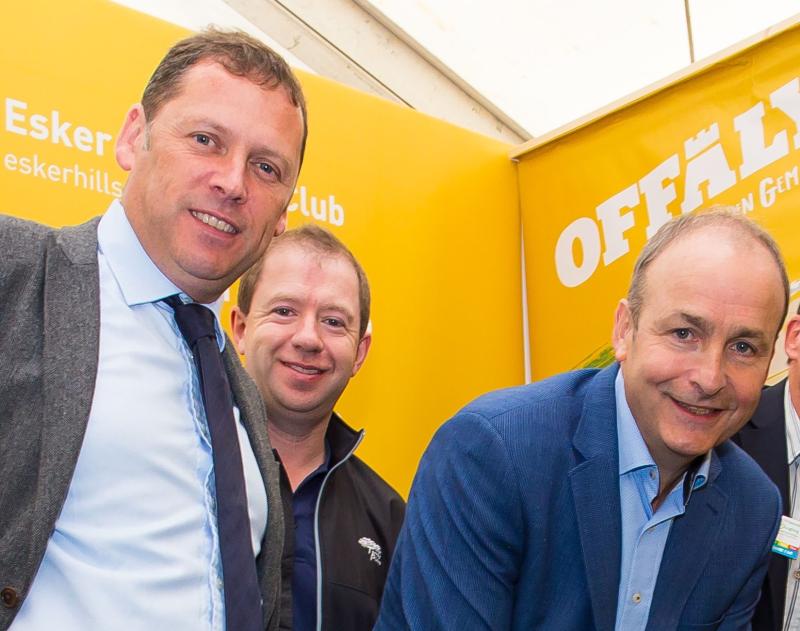 Laois Offaly TD Barry Cowen says his focus remains firmly on delivering for his constituency from the back benches despite continuing questions around the leadership of the Fianna Fáil party.

Deputy Cowen told the Sunday Independent that he does not believe Micheál Martin will lead Fianna Fáil into the next general election and he thinks a lot of the parliamentary party are “of the same mind” as him on the matter.

Deputy Cowen's comments were preceded a few days earlier by a declaration from housing minister Darragh O'Brien that the Taoiseach will still be Fianna Fail leader at the next election, but that his aim is to replace Mr Martin once a vacancy arises.

With Fianna Fail continuing to flounder in opinion polls, Mr Martin's intentions have also been queried by other senior figures in the party such as Jim O'Callaghan.

Speaking to the Tribune this week, Deputy Cowen said there was no question of him giving “notice of a heave or anything like that”.

“I was only talking about two years hence, not two weeks hence,” he said.

He said the reaction to his comments since the publication of the interview was “mixed” and “understandably so”.

“I just answered questions I was asked and I answered them honestly,” he said.

“It's never unwise to answer a question forthrightly. I don't want to be duplicit and that is what I think people expect.”

The Clara man was appointed as Minister for Agriculture last summer by Mr Martin and then sacked shortly afterwards when the Irish Independent revealed he had been banned for drink-driving in September 2016.

A week before Christmas Mr Martin offered Deputy Cowen the newly created role of climate action spokesperson but the Offaly TD turned it down.

Deputy Cowen said he is not “consumed” by the question of Mr Martin's leadership and his performance as Taoiseach and he understands a programme for government has been agreed and for the moment the Covid-19 pandemic is taking precedence.

“My focus is on the constituency and delivering for it.”

Deputy Cowen is awaiting the results of a Garda Ombudsman investigation into the release of details of a garda Pulse record of the drink-driving incident.

The Offaly TD was stopped on is way back from the All-Ireland football final and was found to be over the permitted alcohol limit for driving, but under the threshold which would result in a court appearance.

He was banned from driving for three months and fined €200.

“I sincerely apologised to all and sundry, including colleagues, near and far and indeed, those who are impacted by such carry on, and I did so sincerely. I regretted it and hoped to move on from it.”

The TD also assessed the future likely electoral landscape and said he believed no single party will receive a 45% share of the national vote again.

“But ultimately you have to acknowledge and appreciate and take the direction of the people.”