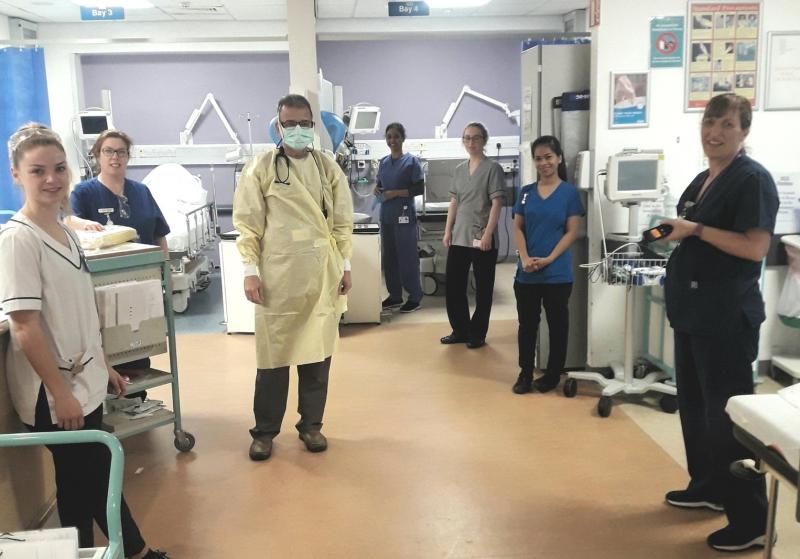 More than 20,000 Covid-19 swabs processed since full testing was resumed after Christmas are positive for the virus according to new figures published by the National Public Health Emergency Team (NPHET) which has declared the third wave is now as bad as the first peak of the pandemic in Ireland.

The table (see at end of story) shows that tests taken began to surge in the week to Christmas Day. Positive results have surgeed since the day after St Stephen's Day in parallel with the continued rise in processed tests.

The number of confirmed cases is well behind the positive cases because of a backlog due to the surge to testing being paused on Christmas Day and St Stephen's Day. There have been 8,148 confirmed Covid-19 results returned in the six days.

NPHET only published the confirmed number of cases on January 2 but this was the highest number of confirmed cases over Christmas and New Year period at 3,394.

NPHET has announced since Christmas that close contacts will no longer be tested. Team members have acknowledged that this will mean a true reflection of the incidence of the virus will not be shown in the daily figures.

However, the head of NPHET Dr Tony Holohoan announced on January 2 that the virus incidence "is now as high or if not higher than March" when the pandemic's first wave reached Ireland.

NPHET says that once the delays that have arisen in recent days have been resolved, we will no longer report the laboratory test results. It began publishing the lab results on New Years Day.

Table below from January 2. 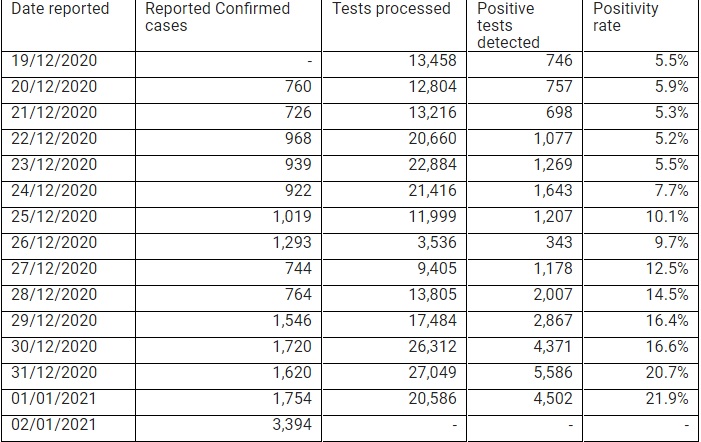