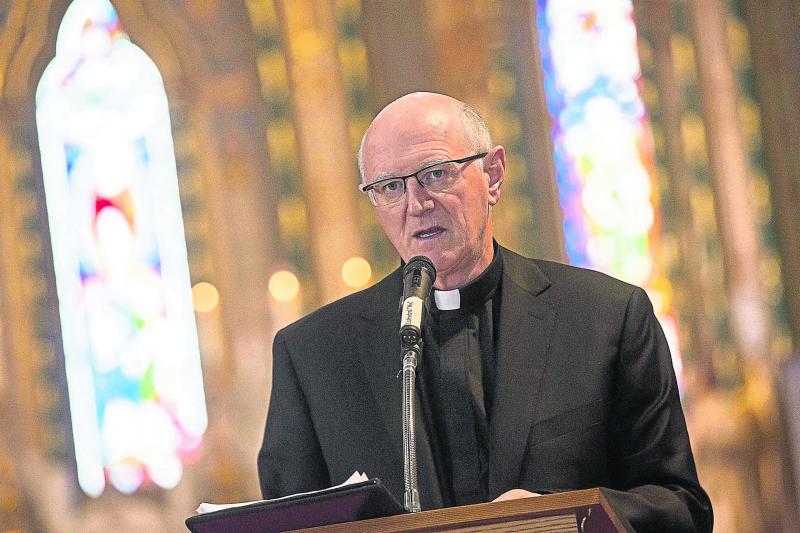 Former Tullamore based priest appointed as new Archbishop of Dublin

A former Tullamore based priest has been appointed as the new Archbishop of Dublin.

Pope Francis, has appointed the Most Reverend Dr Dermot Farrell, until now Bishop of Ossory, as Archbishop of Dublin. A Westmeath native, he was appointed Curate in Tullamore Parish in the late 1980s after returning from studying in Rome.

Born in 1954, he began his studies for the priesthood at Saint Patrick’s College, Maynooth in 1972, obtaining a Bachelor of Science Degree in 1976, as part of his philosophical studies.

During his theological studies he was awarded a Bachelor in Divinity Degree in 1979 and a licence is Theology in 1981, both by the Pontifical University, Maynooth.

He was ordained to the priesthood in Saint Michael’s Church, Castletown-Geoghegan on 7 June 1980.

Upon the completion of his studies he was appointed as Curate in the Cathedral Parish of Christ the King, Mullingar.  In 1985 he began doctoral studies in the Gregorian University and, in 1988, was awarded a Doctoral Degree in Theology , for a dissertation entitled: The Dogmatic Foundations of Bernard Häring’s Thought on Christian Morality as a Sacramental Way of Life.

His final year in Rome also saw him serving as a Director of Formation in the Pontifical Irish College.

Following his return from Rome he was appointed Curate in Tullamore Parish and in 1989-90 he began lecturing in Moral Theology at Saint Patrick’s College, Maynooth.  In 1990 the Maynooth College Trustees appointed him Executive Assistant to the President of College and to membership of the Faculty of Theology, holding the post of Director of the one-year Religious Studies Programme.

In 1997 he was named as an Honorary Prelate of his Holiness.  From September 2007 until 2018 he served as Parish Priest of Dunboyne and Kilbride Parish, Co Meath, and was appointed Vicar General of the Diocese of Meath in 2009.

Bishop Farrell has extensive administrative experience: he has served on various boards and committees, among them, the Board of Allianz plc; the Governing Body of the National University of Ireland, Maynooth; the Theological Department Irish Inter-Church Committee, and as National Director of the Permanent Diaconate, and he is currently Chairman of Veritas Communications.

His appointment as Bishop of Ossory by Pope Francis was announced on January 3, 2018, and he was ordained bishop in Saint Mary’s Cathedral, Kilkenny, on 11 March 2018.

He was elected Finance Secretary of the Irish Bishops’ Conference in March 2019.

Archbishop-elect Farrell replaces the Most Reverend Archbishop Diarmuid Martin whose request for retirement has been accepted by Pope Francis, and becomes effective from today, the day of the appointment of his successor.

Bishop Farrell becomes Archbishop-elect of Dublin and continues in the capacity of the Administrator of the Diocese of Ossory.