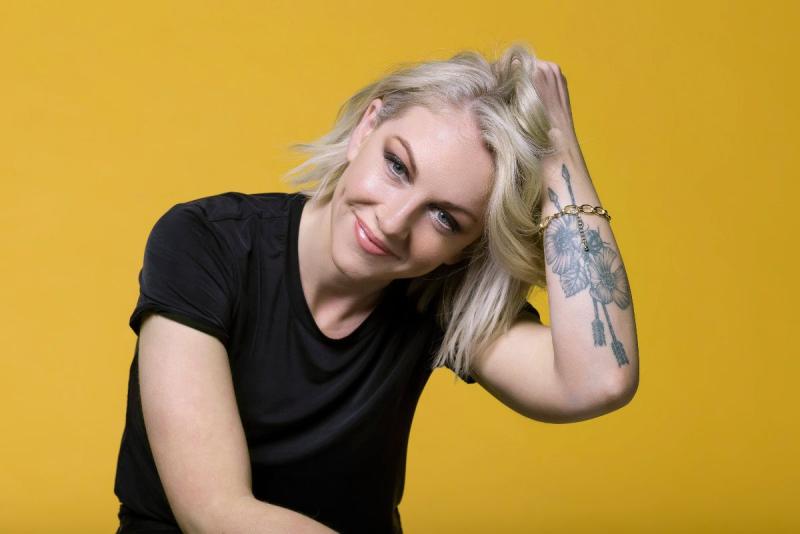 RTÉ has today announced who will represent Ireland at the Eurovision Song Contest in Rotterdam next May with a brand-new song.

Lesley Roy was due to represent Ireland in 2020 and she has been chosen to represent the country again in 2021.

This year’s Eurovision in The Netherlands may not have happened, but Eurovision organisers are determined to make up for it in 2021.

Due to the ongoing pandemic, the Eurovision was cancelled for the first time in its 65-year history, disappointing hundreds of millions of fans worldwide, meaning Irish-born New York resident Lesley didn’t get the chance to compete with her uplifting pop tune, Story of My Life.

Lesley has spent the past three months in studio working on a new song to represent Ireland with, and Ireland's Eurovision 2020 song has now been chosen and will be revealed in the New Year. The song was written and produced by Lesley, along with Eurovision producer Lukas Hallgren (She Got Me - 4th place ESC 2019), Philip Strand producer/songwriter Normandie, Deepend, and Emelie Eriksson (known as EEVA ) a Stockholm-based songwriter at Baggpipe Studios.

Lesley Roy said: “It was a real shame we didn’t get to showcase Story of My Life on the Eurovision stage, but had the show not been cancelled, then this new song would never have emerged. I’ve been working on new material 24/7 and this song was clearly the strongest out of all of the demos. I believe that it is even bigger than Story of My Life, and will reach an even wider audience. I am just so excited to finally get my shot on the Eurovision stage after months and months of work and can’t wait to reveal more information about our song in the New Year."

Michael Kealy, Head of the Ireland Delegation for Eurovision 2021, said: "We were all very excited about bringing Lesley and Story of My Life to Rotterdam this year so it was a real shame that it wasn’t to be. However, Lesley’s new song is every bit as catchy as the last one and I can’t wait for her to perform it in Rotterdam next May to the biggest live music audience on the planet”.

Details of the song and the first airplay will happen at a date to be announced early in the New Year. Ireland will perform in the first semi-final at the upcoming Eurovision Song Contest on Tuesday, May 18th at the Rotterdam Ahoy Arena with the final taking place on Saturday, May 22nd.

Lesley Roy is a singer/songwriter from Balbriggan Co. Dublin, who splits her time between her home in the East Village in NYC and Ireland.

Lesley released her debut album, Unbeautiful, in 2008 on Jive/Sony Records, which was executive produced by Max Martin. As a songwriter, Lesley's career has been prolific, lending her talents to numbers performed by artists including Adam Lambert, Miss Montreal, Medina, Jana Kramer, Marlee Scott, and Deorro. A lifelong fan of Eurovision, Lesley Roy said that finally getting to represent Ireland with a song she worked extremely hard on has meant that one of her lifetime ambitions has been fulfilled.

"I’m very lucky that I am from the era of Niamh Kavanagh, Paul Harrington, Eimear Quinn, Riverdance years," Lesley said.

"I feel like the back-to-back years watching it live from the Point Depot with Gerry Ryan hosting and the explosion of Riverdance left a very deep impression on me as a kid. I definitely made a mental note that this is something I would love to do for Ireland when I grew up. I think I have a very high standard of what a Eurovision song should be because of those memories and that definitely informed the type of song I would send.”