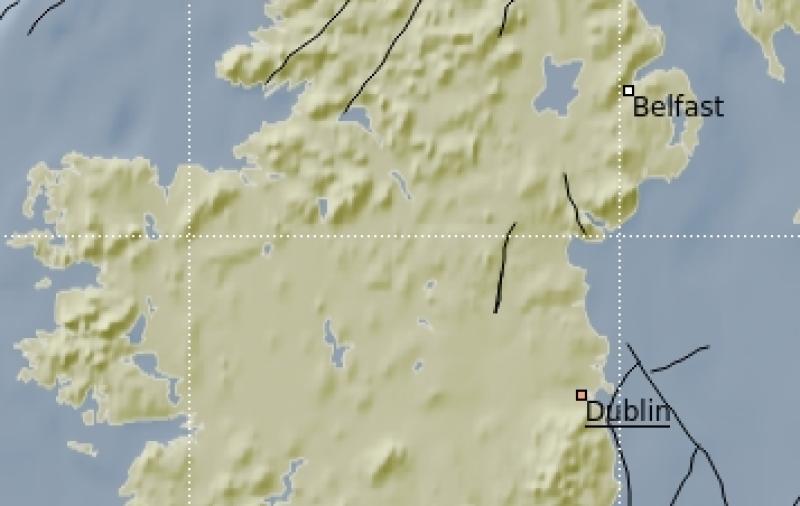 The Irish National Seismic Network recently recorded an earthquake which occurred in a new location off the coast of Ireland.

In the map below the epicentre of the earthquake is indicated with a red marker. Major fault zones in and around Ireland are shown with black lines. 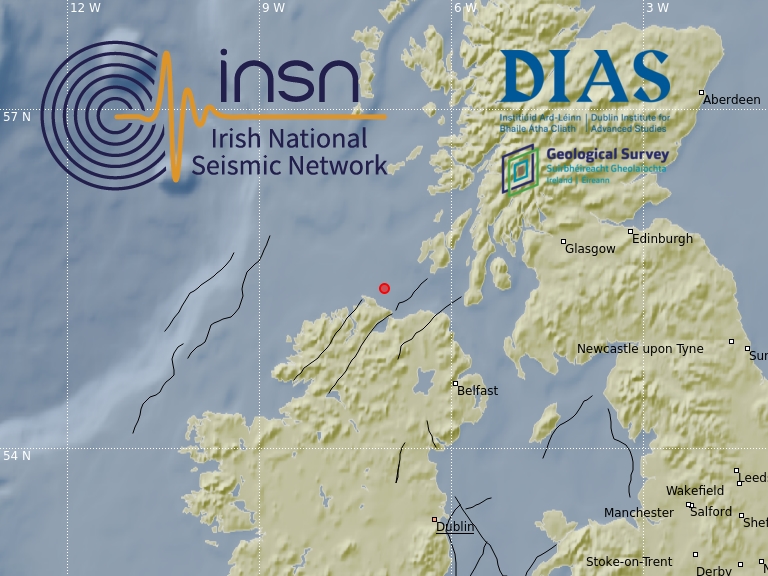 Separately, on December 11, a magnitude M0.6 earthquake occurred in the Irish Sea approximately 40 km from the Wicklow coast.

The earthquake occurred at a depth of 1 km. The epicentre location is indicated with a red circle in the map below while black lines denote major fault zones in and around Ireland.

Earthquakes regularly occur in the Irish Sea, the most recent of which was M1.3, occurring on September 17. The largest magnitude event recorded in the Irish Sea in recent times was the M2.5 earthquake, occurring December 15, 2019. 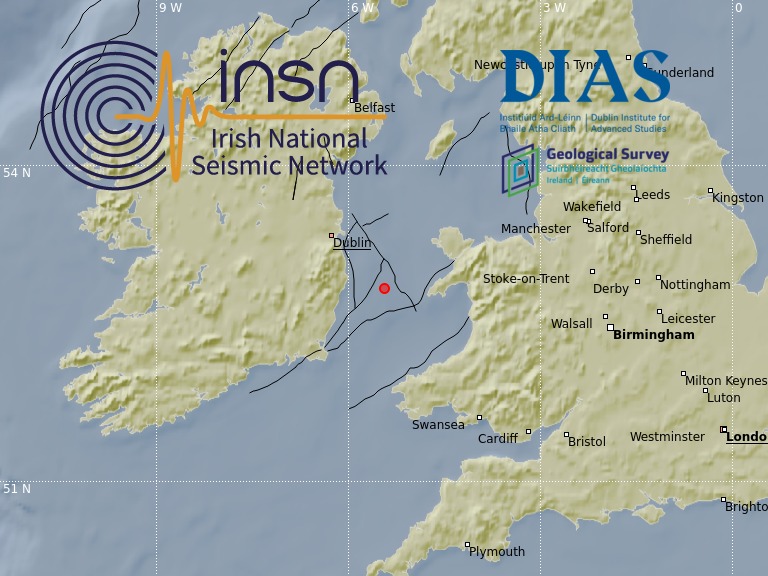