Tullamore shopper dashes through the store and fills up for Christmas 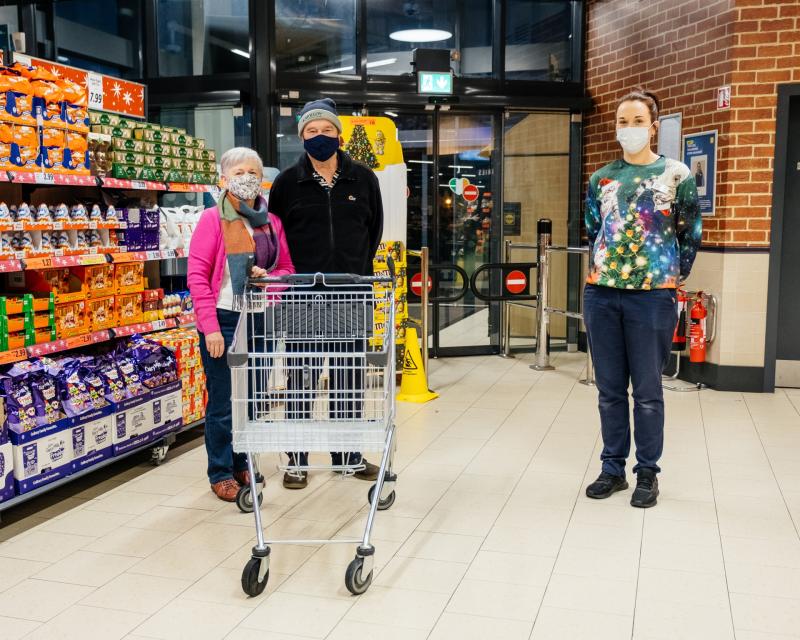 Tullamore shopper dashes through the store and fills up for Christmas

Christmas came early this year for one Tullamore shopper at the annual Lidl Trolley Dash competition.

Pictured at Lidl's sixth and most successful annual Trolley Dash which raised €310,000 for Jigsaw this year at Lidl on the Church Road in Tullamore were customer, Kieran Kneafsey with his wife Margaret and store manager Aoife McDermott

Kieran managed to grab €476.99 worth of goodies making for a Merry Lidl Christmas".

Kieran was one of 167 Lidl shoppers across the country, who won the opportunity to dash around their local store in a Supermarket Sweep style competition. Each winner had two minutes to fill their trolley with as many quality Lidl products as possible from festive flavoured soups to mince pies to turkeys.

Lidl says that with fundraisers compromised this year due to the pandemic, the funds raised from the Trolley Dash are paramount to charities and their service users. The €1 Trolley Dash tickets were sold in Lidl stores across the country from  November 16-29 with all proceeds being donated to Jigsaw, Lidl’s charity partner.

The Lidl Trolley Dash is an annual fundraising initiative where Lidl customers can purchase a €1 ticket in Lidl stores for a limited period to be in with a chance of winning a dash around their local Lidl. Each winner has 2 minutes to grab as much as they can.

Lidl say the initiative has raised more than €1.7 million for Irish charities over the past six years with this year being the most successful in terms of funds raised.

Jigsaw is the National Centre for Youth Mental Health in Ireland. Since their establishment in 2006, Jigsaw have directly supported over 38,000 young people and offered supports to over 250,000 in schools, communities, workplaces, clubs and more across Ireland.

Lidl Ireland say they have been partnered with Jigsaw since 2018 and have pledged to fundraise €1.25 million throughout the partnership, which was recently extended to include a fourth year, and to spread vital awareness of youth mental health in Ireland.